Everyone you meet is your mirror. Why is that?

Are you picking up negative comments from your boss at work, spouse, children, friends or even people on social media? The traits we tend to dislike in others are usually the traits we do not like about ourselves. We then tend to judge and criticize these characteristics. This calls to mind the analogy of pointing a blaming finger at someone. One finger is pointing at another person, and three are pointing back to ourselves. 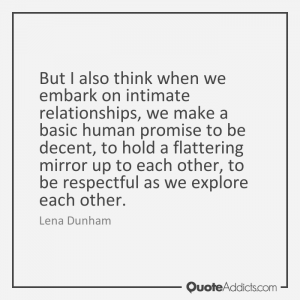 When certain characteristics in someone’s personality trigger a negative reaction from you, there is something within you that is coming up because it is ready to be healed. Usually, it represents issues from your past that have gone unresolved. An example of this would be constantly attracting people who betray you in close relationships because you have not dealt with a parental abandonment issue from your past. What you are seeing is a manifestation of your belief that you cannot trust anyone with your feelings. Here is another example: You are someone who has a constant need to prove to others that you are “right.” Chances are you will attract people who strongly disagree with you because they also have the need to convince others to see life from their perspective. Also, if you dislike controlling people, most likely you dislike some bossy tendencies within yourself.

“Everything that irritates us about others can lead us to an understanding of ourselves.” Carl Jung 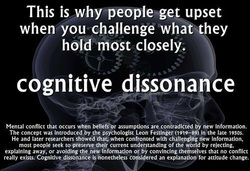 Every person we meet in life is showing up at the perfect time in our lives to reflect something we need to heal within ourselves. The people with whom you interact are showing you who you are and ultimately providing you with an opportunity to love yourself. Since our mission is to discover what we don’t love and learn to love it, the people who get on our nerves the most are among our greatest teachers. Difficult one i know.

Whenever you’re judgmental of others, you’re, in fact, judging yourself.

When you point your blaming index finger to someone, you point three fingers to yourself.

“If you hate a person, you hate something in him that is part of yourself. What isn’t part of ourselves doesn’t disturb us.” Herman Hesse

Does that mean if you dislike the rapist, the war criminal, the pathological liar, you are identifying yourself with these people as well? Not necessarily. What Hesse was referring to, and what Freud and Jung referred to before him, is that kind of dislike has a very particular energy.

You’re triggered by another person in a way that’s obsessive and almost irrational. When you hate the same kind of people wherever you go, what you dislike in them is likely something you dislike about yourself. Sometimes what we consider an imperfection in other people pushes our buttons or touches aspects of ourselves that demand our attention.Think of the mother who pinches her daughter during dinner when she wants another portion of food, but fills her plate a second or third time; her daughter’s gluttony confronts her own difficult relationship with food.

When you find yourself triggered by a person or situation, ask yourself the following questions:

“What is this person teaching me that I need to learn to become more whole?”

Believe it or not, forgiving YOURSELF is the most effective way to disengage from negative interactions with people. We can only love and accept others to the degree that we love and accept ourselves. When you make it a habit to learn from your relationships, eventually you will discover that you can observe negative traits within others without judgment and without getting hooked into someone else’s drama. If you discover that you are in a relationship with someone who habitually abuses you in some way, it is sometimes healthy to limit your exposure to that person or to avoid their company completely. This serves you well only after you have embraced the lessons that you have seen reflected to you through the relationship, followed by choosing to forgive yourself and the other person. 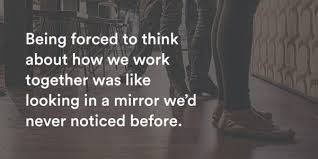 The good news is that the desirable behaviors we see in others is also a reflection of ourselves. When we predominantly choose thoughts of love, we live in a reality of love. In other words, as we focus on our light within, we bring out the light within others.

In psychology we talk about mirroring and projecting. This is really important if we have any injury, illness, sickness or pain. We are emotional, spiritual and mental human beings. Ever noticed that sick people will hang around with other sick people, there is a mutual grounding or mirroring. Did you know that we all tend to mirror each other is some shape, way or form? It’s often unconscious behaviour. Mirroring is often associated with forms of nonverbal communication, like postures, gestures, facial expressions, or breathing. But we also mirror back words and spoken language.At a very basic level, all mirroring functions as a way to better understand the people we are interacting with. The most obvious forms of mirroring are yawning and smiling. When you see someone yawn, or even if you just read the word “yawn”, you are likely to yawn immediately, or during next 30 seconds. Smiling is also pretty contagious – seeing a smiling person makes you want to smile too, and as a result you will feel better, even if you were not feeling particularly happy in the beginning. 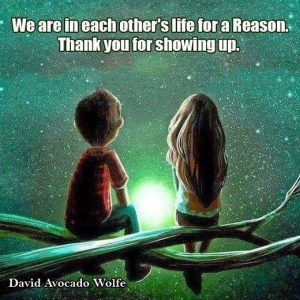 What does it mean if someone isn’t mirroring?

Mirroring is a sign of comfort, trust, and rapport. So it’s possible that individuals who aren’t mirroring each other are experiencing some kind of conflict or they aren’t in sync.

The whole point of mirroring is that it’s a way to better understand others and connect with them at a real level. Being able to mirror someone is the same kind of ability as being able to listen to someone (it’s a different kind of listening).

Projection may be easily confused with Mirroring because with Projection, an individual sees their own traits in another, but the proper term can be remembered because the individual who is projecting “blanks out” others like a blank movie screen, and “projects” their own image, seeing what they are projecting instead of what is really there. WIth Mirroring, an individual is like a mirror themselves, as opposed to Projecting, when the individual is like a movie projector.