So we are all still in lockdown and isolation. I continue to bring the Manchester and St.Helens community together with my virtual daily pilates classes. The body is not designed to be stagnant – it is designed to move. With mental health and stress on the increase, more than ever, now is the time to be stronger physically, mentally and emotionally.

This is where the applications of Joe Pilates work can be applied. It’s not just a system of exercises on the mat or apparatus, rather it’s how we apply them in everyday life. Joseph Pilates called it “Contrology.” In his book Return to Life Through Contrology, he defined his work as a way to completely and thoroughly unify the body, mind and spirit. His principles, which we now call the principles of Pilates, are the foundation for his approach to physical fitness. “You may derive the benefits of contrology in your own home”. Contrology is the road to health, stirring our sluggish circulation into action, pumping and oscillating the entire organ system preventing a build up of lethagy, toxins and fatigue. It’s an equivalent of an internal shower.

It’s mind over matter.  Joe Pilates believed that the mind should learn to fully control one’s movements for improved function and greater health.  When World War I broke out in 1914, Joseph Pilates and his brother were touring in England in a martial arts type of act in a traveling circus show common of that era. Due to Joe’s German nationality, he was deemed an enemy alien and sent to an internment camp on the Isle of Man near Lancaster.  In the camp he started putting the other detainees through his system of exercises (what we know today as the Pilates Mat work system of exercises) on a daily basis. It is also reported that he started exploring his innate abilities for rehabilitation with the wounded soldiers, as he helped them regain their strength and mobility. 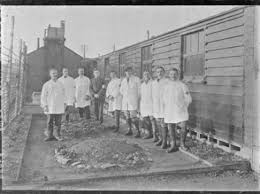 The Influenza Pandemic of 1918

He was still in the internment camp when the influenza pandemic of 1918 broke out.  The Spanish Influenza was one of the deadliest influenza epidemics to date. According to cdc.gov,  it infected 500 million people around the globe, even in remote areas of the world. It killed between 50-100 million people, approximately 3-5% of the world’s population.

History.com explains, it became known as The Spanish Influenza, because the newspapers censored the numbers of infected and mortalities in Germany, UK, France, and US in order to keep wartime morale up.  However, in politically neutral Spain, the papers were allowed to give a more accurate report of the deadly numbers. This gave the false impression that Spain was more drastically affected, and therefore, it became known as “The Spanish Influenza.”

What was unusual about this flu was that it did not just affect the more vulnerable populations of the very young and elderly, but there was a second wave of heightened mutation that wiped out typical resistant populations, people between the ages of 20-40. History.com reports that more U.S. soldiers lost their lives from the pandemic flu of 1918 versus the War.  Wikipedia reports that it has been deemed “the deadliest natural disaster to date in human history.” 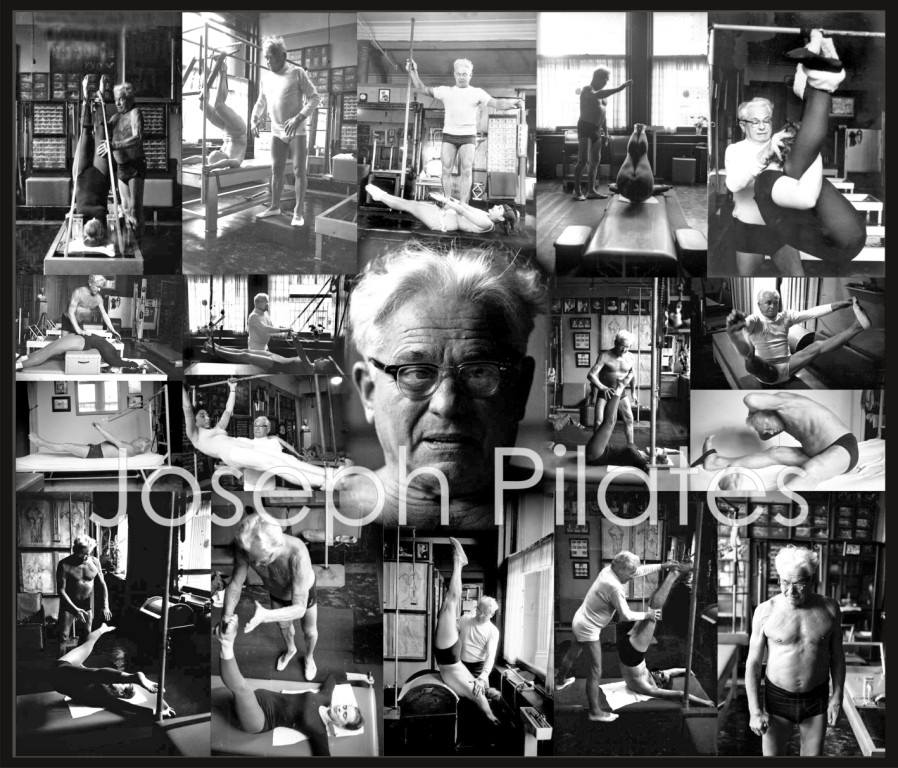 Not a Single Loss

Having discussed the merciless widespread immensity of this pandemic, it really puts into perspective the astonishing fact that not a single person in the internment camp with Joseph Pilates succumbed to the pandemic influenza.   The camp he was in varied no differently in the crowded conditions and had the same varying ages of detainees as any other camps. The only difference that could be pinpointed was the system of exercises the detainees were doing daily under Joe’s voluntary lead.  Joe’s daily exercise regime was attributed to be responsible for creating robust internal immune systems within the individuals. Sean Gallagher who is author of pilatesology and a licensed physical therapist added: “Because of the islands remoteness, the flu was not an issue for the prisoners. So technically Joe was correct that whoever exercised with him didn’t die of the flu, but the question is: Did any of them show symptoms?”.

In simple terms your immune system is essentially made up of the body’s lymphatic system.  Lymph circulates through lymph nodes clusters spread throughout the body and is scanned and filtered by immune cells for viruses, bacteria, and any other types of foreign matter.  It is not an automated system like our cardiovascular system. Therefore, quite literally our ability to ward off viruses and disease relies on the movement of our body.  A combination of breathing, sleep, thoughts, managing stress, diet and hydration keep the body in top form.

“A sane body is a sane mind” – Joe Pilates

“Return to life through contrology” – Joseph Pilates and John Miller