The importance of touch and hands on for human development

The importance of touch and hands on for human development

We are all different and have different ways of approaching matters in life. This is to do with not only our conditioning but our learning type skills. Different ways of learning is recognised with a variety of schooling now available throughout the UK. Introduction of Forest schooling, Montersory, Steiner and other cognitive development is starting to become more mainstream. Children who were called disruptive an unruly can now have opportunities that were not presented before if they have access to the information. Research tells us that different parts of the brain are used as we learn. Brain imagining techniques have highlighted those areas that need attention. It is my mantra and belief that everyone of us has the ability to be a genius of some sort if we are given the right belief system, surroundings, opportunities and mentorship to grow. 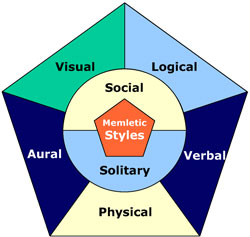 The Seven Learning Styles are:

Can human development be affected by touch?

Have you heard of kangaroo care before? This is a procedure that is now in many hospitals as a standard care option for both premature and full term infants. “In kangaroo care, the infant only wears a diaper and is held upright against the bare chest of the carrier. Feldman et al studied the long-term effects of this technique and found that premature infants who had received at least 1 h of kangaroo care daily for at least two weeks, beginning between 31 and 34 weeks postconception, scored higher on both the mental and motor domains of the Bayley assessment tests at six months. The importance of mechanosensory stimulation in development is a highly conserved phenomenon, and current work on animal models is beginning to elucidate the underlying cellular and molecular mechanisms”.

“Developmental delay is often seen in children receiving inadequate or inappropriate sensory stimulation. For example, orphaned infants exposed to the bleakest of conditions in eastern European institutions exhibited impaired growth and cognitive development, as well as an elevated incidence of serious infections and attachment disorders . Much evidence now points to the importance of touch in child development and suggests the possibility that these orphaned infants are not suffering from maternal deprivation, per se, but from sensory deprivation, and more specifically a deprivation of mechanosensory stimulation. In early studies on human infants, Hopper and Pinneau  found that 10 min of additional handling per day resulted in a significant reduction in regurgitation. In addition, Casler  reported that institutionalized infants receiving an additional 20 min of tactile stimulation per day for 10 weeks had higher scores on developmental assessments. Since then, several studies have documented mechanosensory stimulation facilitating growth and development in children deprived of normal sensory stimulation, such as premature neonates.” 1

Touch and hands on in yoga and pilates classes

For me I am not a touchy feely person or a hugger when I greet someone, but am definitely pro hands on adjustments for clients if they consent and feel comfortable. Giving a hands on adjustment is passive movement and has any benefits for different body types. For me personally it helps me me to traction out of my tight hips and shoulders and get more grounding and connection to the floor and myself. For others, this may be different story and may release trauma, memories and emotions. The problem is that with any sort of movement technique whether it be martial arts, football , dance , pilates and yoga we tend to repeat the same movement patterns. When we take ourself out of our comfort zone and move in a different way we actually experience new myelin and brain repatterining.  Also the use of props is also away for the client to have proprioceptive feedback and feel better in a position, shape or movement pattern.

The common sense of the teacher should always prevail, when I am teaching teachers they should know specific bony landmarks, areas of tightness and weakness, be a blessing to body read, body mapping and muscles groups and slings for exam purposes. There is specific way of giving an adjustment which is non sexual. The use of kinaesethic tape can also help many people during their movement activity, its a gentle reminder to the central nervous system to bring awareness, intentioned attention to that area.

We have become a nation of non touch since the corvid 19 epidemic. This is where my use of more props comes in using such things as Garuda sling which is like having a physio or sports massage therapist working with you for the duration of your session. 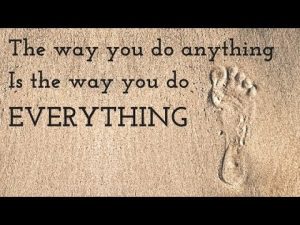 Know your boundaries, not just in movement practice but in life itself. This where core values comes into place. Everyone is different and the way we do anything is the way we do everything. “Employees receiving chair massages showed a significant reduction in blood pressure , anxiety  and job stress, and had increased speed and accuracy on math problems . Furthermore, patients with ailments ranging from burns  to eating disorders have been shown to benefit from massage therapy, with reductions in stress hormone levels, anxiety and clinical symptoms; HIV-positive men receiving daily massages had an increased number of immune cells to combat the virus . To paraphrase, a kiss may just be a kiss, a sigh may just be a sigh, but a touch can change your life (or at least your nervous system)!”3