What holds most of us back from changing our body, our views and belief systems, recovering from illness, changing relationships with the self and others or getting rid of disease and pain? Joseph Campbell was a professor of comparative mythology and religion. His book: ‘The hero with a thousand faces’ was credited to the movie Star wars by George Lucas. It is always easier to stay in the same thinking and behaviour patterns. When we are in fear, we can have a habit of experiencing more fear and pain in life. 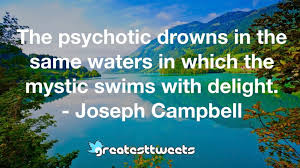 He studied aspects of human experience. Did you know that most of us have some sort of trauma buried deep inside us. The way our life unfolds in future life is a result of everything that has happened previously.

“Of all the liars in the world, sometimes the worst are our own fears.”
— Rudyard Kipling

Trauma does not mean negativity, physical, emotional hardship or abuse. Trauma can be divided into two categories, two many bad experiences happening or the total opposite, not enough positive experiences that have happened. When any sort of traumatic experience happens significant information bypasses the frontal lobe of the brain and goes straight to the hind brain and amagdila. Medical research papers show that children of holocaust survivors are born with the same trauma. Trauma is more likely to produce smaller babies  and PTSD is more likely to be observed if the parent experienced this. This is observed 2-3 generations down the line. Trying to find calm, balance from within can be a tough task for some. When I see violent crime from one person to another, this shows that the perpetrator is not handling their pain and expressing it outwardly. Certainly this is not an excuse but a product of fight, flight and freeze. When we learn to hang out with what’s uncomfortable in us and then unfold the uncomfortable into comfortable gives us new sensations, experiences and feelings. 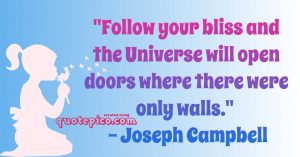 Many medical studies are carried out on mice; this is because mice have 80% similar genetic make-up to human beings. There is good news.  Our genes load the gun and the environment pulls the trigger. Medical research papers show us over and over again that by changing the environment, we change the DNA methylation. We can retrain the frontal lobes and downgrade the hind brain and amagdilia (emotional brain) from being so reactive.  Research papers tells us that practicing activities such as mindfulness/meditation  thickens the pre frontal cortex and shrinks the amagdilia thus calming the stress response. Think about the positive experiences that you have had in your life and then practice those new feelings and experiences. This then creates new neural pathways, neural structures and balances dopamine, serotonin and GAB-A. Research shows that aggressive behaviour on both animals and humans are modulated by canonical neurotransmitters like dopamine, serotonin (5-HT) and GAB-A. “Female sexual behavior is estrogen dependent, estrogen markedly increases oxytocin binding in the ventromedial nucleus of the hypothalamus and infusion of oxytocin in this brain area increases female sexual behavior. A similar correlation exists for the role of oxytocin and estrogen in the regulation of maternal behavior. A possible underlying cause of these behavioral effects is that by acting as an anxiolytic, oxytocin reduces the inhibition inherent in social encounters. Behavioral tests in the laboratory frequently involve the exposure of the animal to a novel environment, such as a pup-retrieval apparatus or mating arena, combined with exposure to an unfamiliar conspecific. These stimuli are likely to induce a stress response and perhaps this anxiety is reduced by oxytocin. Recent evidence in mice suggests that oxytocin has anxiolytic properties in estrogen-treated females (McCarthy and Goldman, 1994) and supports the hypothesis that a unifying principal in oxytocin action in the brain is to facilitate social encounters by reducing the associated anxiety.” 1. 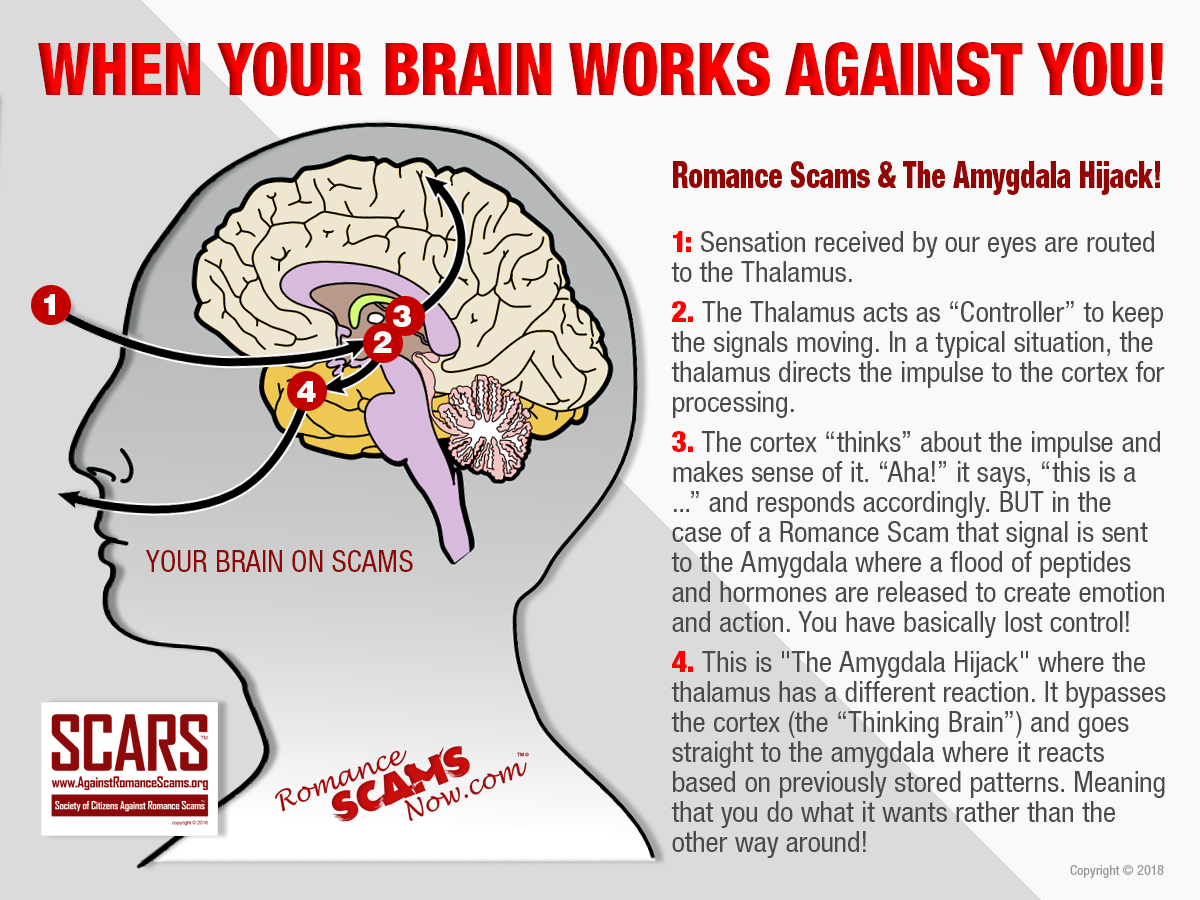 It’s not always possible to achieve your potential without the right guidance, coaching, information and finding someone that believes in you. Did you know that every single one of us actually has the ability to be a genius? Fear is the fuel for accomplishment. You are the company you keep. Being honest, open and transparent and having the confidence to stick to core values will make you a winner. Most people that I talk to had little or no belief from people at school, the people that surrounded them growing up or the people that are around them now. We become the five people that we mix with the most. Receiving comfort, support and loving kindness, strength, peace and joy feed the pre frontal cortex. By pulling traction away from our emotional brain and learning by our mistakes makes for the eights C’s of transformational change. 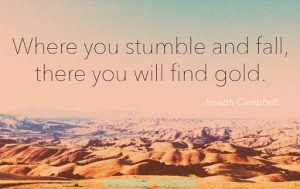 “One of the greatest discoveries a man makes, one of his great surprises, is to find he can do what he was afraid he couldn’t do.”
— Henry Ford

Why food is important to see change

Whole foods, seasonal vegetables and other anti inflammatory produce are essential. Bruce Lipton’s and Candice Pert’s work tells us that genes are expressions of the environment. When we visit a doctor or surgeon they will find a problem, disease, condition or diagnosis. However one environment isn’t an indicator of how someone can improve or resolve their personal “environment”. We all have to die at some point in our life. the body wants to be alive and thrive, hence illness, injury and disease will show us when we are out of balance. We need our organs to be as healthy as possible, we need to reduce inflammation and improve nourishment and experience the environment and life to the full. We can change the way we experience and feel things by retraining the pre frontal cortex.

“Too many people are thinking of security instead of opportunity. They seem to be more afraid of life than death.”
— James F. Byrne

Below are the 8 Cs of the self:

Calmness – n. 1. a physiological and mental serenity regardless of the circumstances 2. the ability to react to triggers in your environment in less automatic and extreme ways 3. to be less vulnerable to adopting the common fight-flight-freeze response when threatened

Curiosity – n. 1. a strong desire to know or learn something new about a topic, situation or person 2. to have a sense of wonder about the world and how things work 3. genuinely interested in non-judgmentally understanding something or someone

Compassion – n. 1. to be open heartedly present and appreciative of others without feeling the urge to fix,change or distance from them 2. an intuitive understanding that the suffering of others affects you because of your connectedness to them 3. to simultaneously have empathy for others and a belief that the other has a Self that once released can relieve his or her own suffering

Confidence – n. 1. to maintain a strong belief in one’s ability to stay fully present in a situation and handle or repair anything that happens with the belief that “no matter what, it’s all okay and will all work out the way it should” 2. to have healed from previous traumas and learned from previous failures to such a degree that their effect does not spill into the present 3. to understand that mistakes are only lessons to be learned

Creativity – n. 1. the use of the imagination to produce original ideas 2. the ability to enter the “flow state” in which expression spontaneously flows out of us and we are immersed in the pleasure of the activity 3. the ability to create generative learning and solutions to problems

Connectedness – n. 1. the state of feeling a part of a larger entity such as a partnership, team, community, or organization 2. a spiritual connection to a meaningful purpose or a higher calling 3. to be in a relationship with someone who truly knows and accepts you for who you really are 4. to be able to relax your defenses with others as you know that you won’t be judged or controlled and are not afraid of getting hurt because you have confidence that you can repair any damage or misunderstandings that may occur

Fears are educated into us, and can, if we wish, be educated out.”
— Karl Augustus Menninger