Part 2 Spinal Stabilization – When did we become so stiff ?

Home/Part 2 Spinal Stabilization – When did we become so stiff ?
Previous Next

Part 2 Spinal Stabilization – When did we become so stiff ?

When on earth did we become so stiff and wooden like, especially in our spine? Any one who knows me will know that i am a great believer in a good upright posture, but we need to have freedom of movement to come in and out of the posture with a relaxed but held together feel. We need tension in the fascial lines of the body in order to be held together. It is the fascia and connective tissues that holds us upright, not the 206 bones as most people think. We are spiritual, emotional and mental human beings, so our posture actually depicts a lifetime of stories, feelings and incidents. 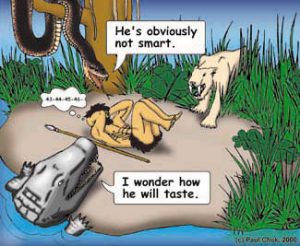 Most exercise formats and gym apparatus of today encourages set linear planes, isolating rather than integrating and not encouraging thoracic rotation. Hence this is why most back injuries occur when doing the garden, bending down to pick something up or rotating in a car. We are designed to move and rotate, so the movement patterns that we may train in may not benefit us long term.

No one starts out in life feeling angry, frustrated , lacking in confidence or self worth, these are habits that we acquire throughout our lives and our not inherent to our mental and emotional make –up. Our mental/emotional experience whether negative or positive, will affect our connective tissues accordingly. If these experiences are stressful and happen often enough, the muscle stays in a state of tension, which eventually becomes a habit.

“You translate everything , whether, physical mental, or spiritual , into muscular tension”. F. Matthias Alexander.

Hippocrates, often referred to as father of medicine, was a firm believer that the healing of the body cannot be separated from the healing of the mind and emotions. He held a strong view that with the right mental and emotional conditions, the body has a natural ability to heal itself. However, not only can pain often be referred from different parts of the body, it can also be caused or exacerbated by our mental and emotional states, back pain can be a wake up call for something else that fundamental changes need to take place. 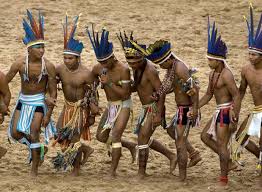 There is an interesting story about missionairies who went to Africa around 1930 and mixed with some native people. The native people were awestruck by the fact that the white missionairies often bent down from the waste without bending their knees at all.

The Africans could not believe their eyes, as this way of moving was alien to them and they adopted a long African name for the white man which when translated mean ‘The tribe without knees’. 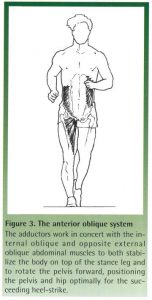 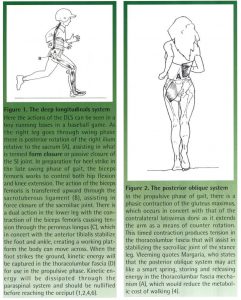 These systems are dependent upon the inner unit  for the joint stiffness and stability necessary to create an effective force generation platform. Failure of both the inner unit to work in co – ordination with the outer unit will often result in muscle imbalance, joint injury and poor performance. Effective conditioning of the outer unit should include exercises that  require integrated function using movement patterns common to any given clients or sport environment.

An example of the units working together would be the Taoist monks training. The role of tai chi in core stability training is the pursuit to remain balanced with the appropriate spinal posture. Taoist monks believe that their is an important relationship between gravity and the body, and that we should utilise the body through this force with good posture. This physical then transcends to balance both physically and emotionally in life.

“it is the mind itself that shapes the body” Joseph Pilates

“Back in Balance”- Richard Brennan