What on earth is Sibo I thought? On a recent GIT  (Gastrointestinal tract) this word came up. It sounded like a U.F.O was invading my intestines. Sibo stands for small intestinal bacterial overgrowth. Most of us have it but ignore the symptoms until they become a disease or illness.

As you know I have a no-nonsense approach to anyone entering my studios. There has to be a 50/50 exchange of responsibility for getting your back, knee, hip or core strength right. Pilates, Yoga, physio and other movement methods are outstanding but will always depend on the quality of the connective tissues and the central nervous system. We know that 60 – 70 % of the immune system starts in the GIT and also the GIT is responsible for inflammation, so one cannot go without the other. A recent medical paper ‘Allergy and gastrointestinal system’ tells us: “The gastrointestinal system plays a key role in the complex mechanisms of immunoregulation. The common embryonic matrix of the entodermic derivation of respiratory and gastrointestinal tissues confers immunological peculiarities regarding the early sensitization and activation of tolerance mechanisms to the digestive system”. 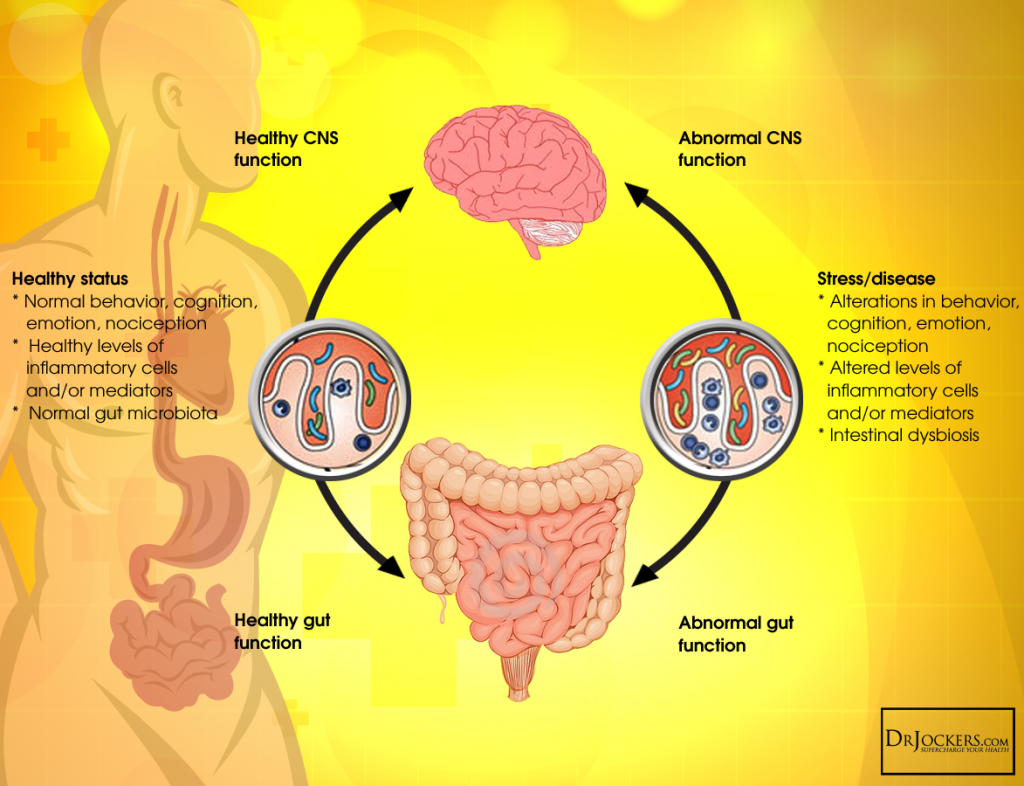 I have put together my top ten Christmas survival tips. Be prepared, load your house with vegetables. If your going to eat sugar and don’t have time to make your own food, go gluten free on the Christmas pudding and mince pies. Alcohol should always be a double fermented where possible. Remember the body will only crave sugar when its protein and fat deficient.

These are my top ten Xmas survival tips. 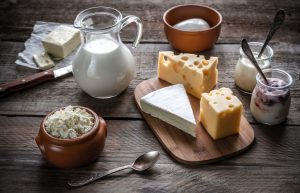 1.Dairy -Despite what the dairy industry promises, milk doesn’t necessarily do a body good. For many people, the two proteins in milk (casein and whey) are hard to digest and can lead to food sensitivities. Many people also lack sufficient quantity of the enzyme lactase to break down the lactose in milk, creating symptoms like gas, bloating, and diarrhoea as gut bacteria ferment this sugar instead.

2. Gluten -Gluten gives food a pleasing texture—like the light, fluffy, porousness of “risen” bread. Unfortunately, for many people, it poses a real problem. Researchers find up to 30 percent of Americans have a gluten sensitivity. Most have no idea they are sensitive. Going gluten-free lowers inflammation and insulin resistance while helping people lose weight. The people who are arguing this are never good examples of health. Again ideally bake your own bread as most gluten-free products will still have preservatives in.

3.Soy – Despite every health food shop, vegan, vegetarian promoting soy, its a no-no. It not only is linked with infertility but has a number of other problems. Gym protein powders and some baby milk has this in, be careful of the side effects. Soy and soy derivatives are everywhere, from tofu to edamame to protein bars and powders and even nutritional supplements. Over 90 percent of the soy mass-produced in the United States is genetically modified (GMO). Much of this soy is “Roundup® ready,” meaning it gets doused with more pesticide than you care to find out. Studies show Glyphosate (the active ingredient in Roundup®) leads to dysbiosis and then leaky gut. It also acts as an antibiotic in your gut and blocks the enzymatic pathway found only in bacteria that creates the three essential amino acids—phenylalanine, tyrosine, and tryptophan—needed by the body. 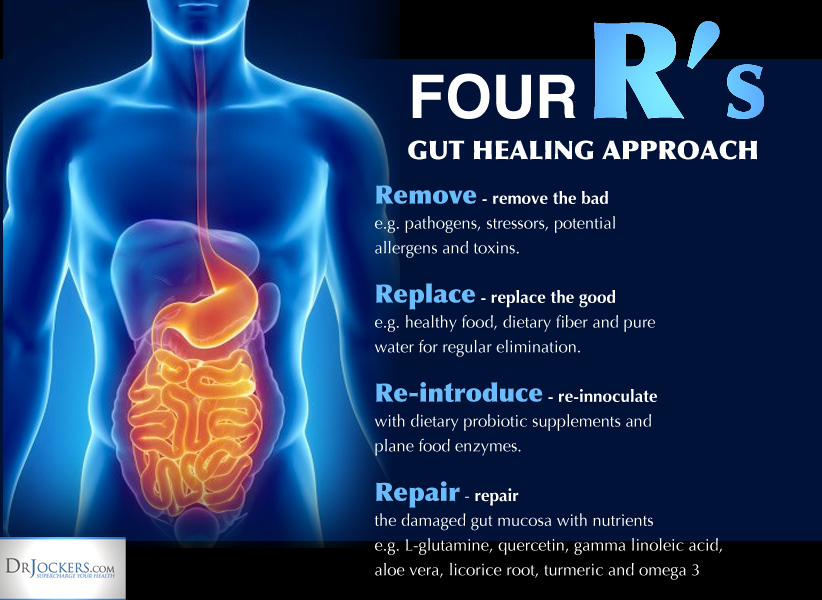 4.Corn-Like soy, over 90 percent of the corn grown in the United States is genetically modified. This GMO corn has also been adapted to be Roundup®-tolerant and contains residues of this formulation. A corn sensitivity can result in all sorts of reactions, similar to those from gluten and other food allergens. In my practice, the most common reactions I see are rashes like eczema and hives.

5. Lectins & phytates-These anti-nutrients are found in all gluten-containing grains. Lectins are also found in beans and the nightshade vegetables like tomatoes, eggplant, peppers, and potatoes. Corn is also high in lectins. Lectins bind to the cells lining your intestines, disrupting the tight junctions between the intestinal cells and creating tiny holes that allow larger partially digested food particles to get through. This disrupts your gut flora, leads to inflammation, eventually causes insulin and leptin resistance, and potentially leads to an autoimmune response. Phytates, another anti-nutrient, interfere with the absorption of important minerals like calcium, iron, magnesium, copper, and zinc.

6. Eggs -Many people develop a sensitivity to egg yolk, egg white, or both. Egg yolks are high in arachidonic acid (AA), an inflammatory omega-6 fatty acid. Most commercial eggs come from hens fed an unnatural diet of soy and corn. When you eat these eggs, you are consuming these food allergens indirectly. Instead, if you do opt for eggs, look for organic ones from cage-free hens fed their natural, omnivorous, free-range diet rich in anti-inflammatory omega-3 fatty acids. 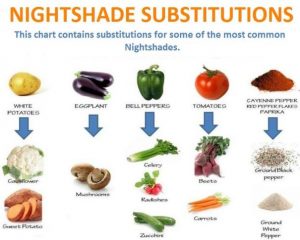 7. Nightshades -The nightshade family includes tomatoes, tomatillos, eggplant, potatoes, bell peppers, sweet and hot peppers, pepinos, and pimentos. They produce alkaloids, a natural insect repellent that can be toxic to humans in large amounts. Common nightshades don’t have enough of these alkaloids to be deadly, yet some people with inflammatory conditions are particularly sensitive to even tiny amounts. For these people, even cooking the nightshades, which lowers the alkaloid content by 40 to 50 percent, can still create problems. Like gluten-containing grains, nightshades also harbour lectins or sugar-binding proteins, which can activate your immune system and increase inflammation. Nightshades can be a particular source of agony for many people who suffer from arthritic conditions or autoimmune disorders.

8. Sugar – I’ve saved the biggest offender for last. I’m not just talking about refined cane sugar but also high-fructose corn syrup (HFC) or any other sweetening derivatives, including “healthy” sweeteners like monk fruit and coconut sugar. Any form of sugar in excess, including refined carbohydrates, poses a risk to your gut health. Sugar wreaks havoc in your gut, and research shows it feeds the bad bugs, creates dysbiosis, and leads to yeast overgrowth (like Candida). And don’t forget liquid sugar in the form of sweetened and alcoholic beverages—probably the most common unsuspected offender in people who consume too much sugar. Sugar is one of the feeders of inflammation if you have anything ending in ‘IS” address this. Again for all my cancer clients – no sugar.

9. Take responsibility – When you give the body the right nutrition, you won’t need to fill it with endless calories from low-nutrient, calorie-dense foods that leave it wanting more and more but never same its true needs. You’ll feel energized by the richness of a power-packed, phytonutrient-dense way of eating.

The CHEK eating plan I give patients to heal their guts is simple but powerful. It can help you feel better, lose weight, and provide steady sustained energy. In a nutshell, here’s the plan, we go into more depth as w base this on a rotation day diet for it to work optimally: 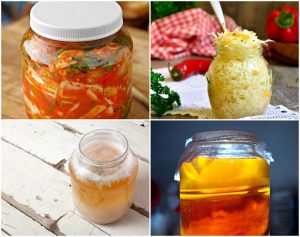 10.I also include fermented foods like kimchi, kambucha and unpasteurized sauerkraut. These probiotic-rich foods blast nasty pathogens like unfavourable bacteria, yeast, or parasites, becoming mainline defenders against leaky gut and other gut issues.

Besides eating these and other fermented foods, many patients take a professional-quality probiotic supplement that contains billions (not millions) of colony-forming units (CFUs, which measure a probiotic’s potency).

10- Prebiotics – While they get less attention, prebiotics—these are the food that probiotics feed on—are equally important for gut health because they feed your friendly flora.

These probiotic “fish foods” aren’t easily digested or absorbed. Instead, they bypass your small intestine and beeline into your colon, where, among their many benefits, they feed the good gut bacteria to create healthy, energy-producing short-chain fatty acids.

To optimize gut health, I also want you to incorporate soluble fibre-rich foods like apples, gluten-free oatmeal, ground flaxseeds, and nuts, because of they slow digestion, keeping you full longer, and stabilize your blood sugar response while providing a steady source of energy.

Overall, I focus on clean organic ingredients with easy-to-digest foods that are low in fructose and sugar and devoid of any substances, including sugar alcohols and pesticides, that are hard on the gut. These foods are organic, non-GMO, full of healthy fats, and ideally locally grown and sustainably farmed.