“Practice makes perfect or does it?”

Home/“Practice makes perfect or does it?”
Previous Next

“Practice makes perfect or does it?”

After running studios and dance schools for over twenty five years I can see that regular practice gives fast results. I encourage all new clients to go for consistency, not only for their own benefit but to also build the standard at our studios. When I have previously worked in chain gyms it been extremely challenging to build up to an advanced repertoire as regular practice is difficult when so many different and new people are entering the group each time. Whenever we start anything new, we build engrams or firing/memory patterns in our body. If we enjoy what we do it becomes easy, but we need constant repetition. If you really want to stand out, then it is necessary to have dedication, willpower, motivation and strength of character to practise all the hours and hours and days and weeks and months to be your best. Choose what you want to do and if you want to be a medal winner or simply just a winner: the endless workout is the talent. Not just repetition of strengthening neural pathways but constantly stretching yourself at the edges of the comfort zone. Reminding you that building “mental muscle” is analogous to building ordinary muscle.

The first thing we need to talk about is Neurons. These are the cells that make up your nervous system. Neurons are special because they can transmit chemical and electrical signals to other cells. They can send a signal through the body by running it down a chain of other neurons, resulting in actions in another part of the body. So when you perform a physical act, like practicing your movement changes, your brain sends the signal to do it down a chain of neurons.

Neurons are shaped differently from the round cells you remember from your biology text book. They’ve got a long arm that projects from the side of the cell. That long arm, called an “Axon” is what the signal travels down when it’s sent to another neuron. So in an extremely simplified way, you could think of a neuron like a set of jumper cables: two ends that send and receive, with an insulated cord in between.

With me so far? Good. Now let’s talk some more about the axon.

The axon is wrapped in a fatty substance called Myelin. Myelin is awesome. It’s what separates us from the invertebrates. (No, seriously, myelin is considered a defining characteristic of vertebrates. Got a spine? You’ve got myelin). But what makes myelin really cool is that it insulates the axon and allows for more efficient and rapid transmission of signals along the nervous system. In fact, it’s only because of myelin that we have massive creatures (like whales, elephants and politicians) because without the efficiency myelin adds to the nervous system, large organisms can’t send signals around the body fast enough to stay alive. 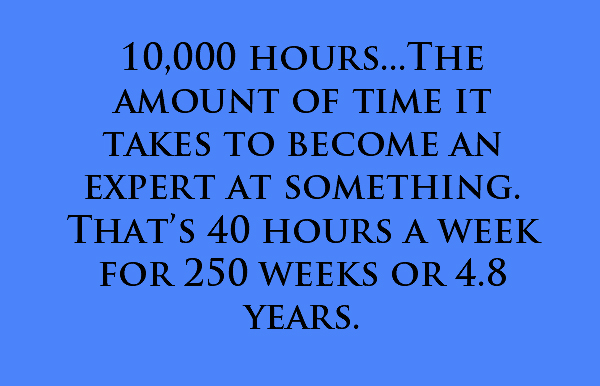 So the myelin sheath around a neural pathway is pretty important. In a pathway with a thin myelin sheath, impulses travel slowly in a wave, like shaking one end of a rope. In pathways with thick myelin sheathing, the impulse hops along, like throwing a ball.

Neural pathways with thick myelin sheaths are much faster and more efficient.

So what does this have to do with “muscle memory” and developing physical skills?

You know how you can make a muscle grow bigger by using it more often and under a heavier load? If you want a big bicep, you can do lots of curls and make it grow. The muscular system is responsive like that… and the nervous system is too, in its own way, through a process called myelination. 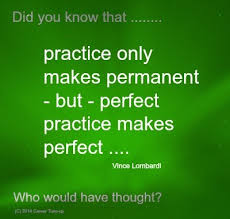 In addition to physical actions, myelination may also contribute to decision making, stimulus-response and thought patterns. Ever hear your cellphone ring and immediately stick your hand in your pocket to answer, only to learn your phone is on the table a few feet away? You knew the phone wasn’t in your pocket, but the neural pathway of [phone rings = reach into pocket] is already so well established (in part via myelination) that your body acts almost without thought.

Once you know about myelination, you can start to understand how repetition in practice works to build skill. (And why “practice makes permanent” is much closer to the truth than “practice makes perfect”). It also explains why the answers to familiar scenarios, in life and in training, come easily and the answers to unfamiliar circumstances take longer to produce. It may even explain why bad habits are hard to break and good habits take time to form.

How myelination affects neural pathways can lead us down a heckuva rabbit hole, so I’ll end with this: What we call muscle memory is really a change in, and reinforcement of, specific neural pathways in the brain and peripheral nervous system. Just like you can change your skeletal-muscular system by how you use it, you can change (to a degree) your nervous system with your repeated actions and thoughts.