Home/It is my belief that………
Previous Next

The way behave, communicate and view things is based on our belief system. Judgments and beliefs have caused many wars over the years, much violence, much loss including deaths, and much regret.  We should always choose non violence in life when we are put under pressure. This applies to situations when we are NOT being violated or attacked.  When we fall into the category of fear and judgement. We are becoming aggressively violent with our thoughts, words, deeds and actions. This becomes are unconscious behaviour. Depression and stress are linked to excess glucocorticoid meaning pain perception will always feel more. You are three times more likely to catch a cold after a virus if you are chronically stressed.

The Stanford prison experiment –  We are big brother 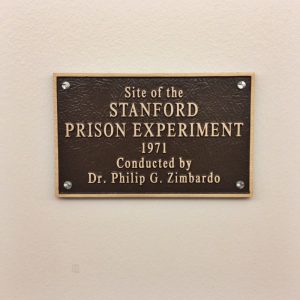 I am sure most of you have heard of the Stanford prison experiment. Could this be what is happening now in 2020. Big brother is watching us everywhere. People in power are behaving in an unethical compassionate way.  The Stanford Prison Experiment demonstrates the powerful role that the situation can play in human behaviour. Because the guards were placed in a position of power, they began to behave in ways they would not usually act in their everyday lives or other situations. The prisoners, placed in a situation where they had no real control, became passive and depressed.

A very famous psychologist Philip Zimbardo and his colleagues set out to create an experiment in 1971 that looked at the impact of becoming a prisoner or prison guard. Known as the Stanford Prison Experiment, the study went on to become one of the best-known in psychology’s history.The researchers set up a mock prison in the basement of Stanford University’s psychology building and then selected 24 undergraduate students to play the roles of both prisoners and guards. The participants were chosen from a larger group of 70 volunteers because they had no criminal background, lacked psychological issues, and had no significant medical conditions. The volunteers agreed to participate during a one to two-week period in exchange for $15 a day. 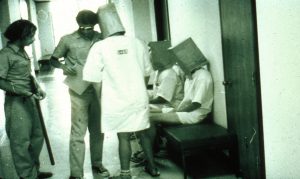 Each cell held three prisoners and included three cots. Other rooms across from the cells were utilized for the jail guards and warden. One tiny space was designated as the solitary confinement room, and yet another small room served as the prison yard.The 24 volunteers were then randomly assigned to either the prisoner group or the guard group. Prisoners were to remain in the mock prison 24-hours a day during the study. Guards were assigned to work in three-man teams for eight-hour shifts. After each shift, guards were allowed to return to their homes until their next shift. Researchers were able to observe the behaviour of the prisoners and guards using hidden cameras and microphones.

Even the researchers themselves began to lose sight of the reality of the situation. Zimbardo, who acted as the prison warden, overlooked the abusive behavior of the jail guards until graduate student Christina Maslach voiced objections to the conditions in the simulated prison and the morality of continuing the experiment.”Only a few people were able to resist the situational temptations to yield to power and dominance while maintaining some semblance of morality and decency; obviously, I was not among that noble class,” Zimbardo later wrote in his book The Lucifer Effect.2

Our make-up goes together with our genetic set up, habits, personality and the environment to which we have grown up in. This is linked in with the nature and nurture debate. Is human nature driven by genetic factors or environmental factors. As the saying goes: “Your genes load the gun, the environment pulls the trigger”. The mind and emotions directly affect gene activity, and since the mind is the source of a person’s lifestyle and behaviour, it directs one’s biological transformations.  Another quote: “As above so is below”. Self-awareness holds the key to this process of self-transformation.  We are always trying to keep ourselves busy and keep the mind and body distracted . This can be anything from internet, shopping, eating, exercising, smoking and the list goes on

Darwin didn’t know about epigenetics and “soft inheritance.” Otherwise, he may have written a very different treatise, in which evolution wouldn’t solely result from random gene mutations. We are told that that the biology that our genes are our destiny. This has been proven incorrect. Dr. Rudolph Tanzi and Deepak Chopra like many others have mounting evidence on this. Yoga and meditation, for example, can trigger almost immediate responses in genetic activity. Exercise, a balanced diet, good sleep, and stress reduction—all well-known for improving bodily function—exert beneficial effects via our genes. The challenge therefore becomes not to live out the same lifestyle patterns to those we grew up with. Our parents lifestyle and behaviour can greatly contribute to turning our genecode up and down. We change our inner world by changing our outer world. 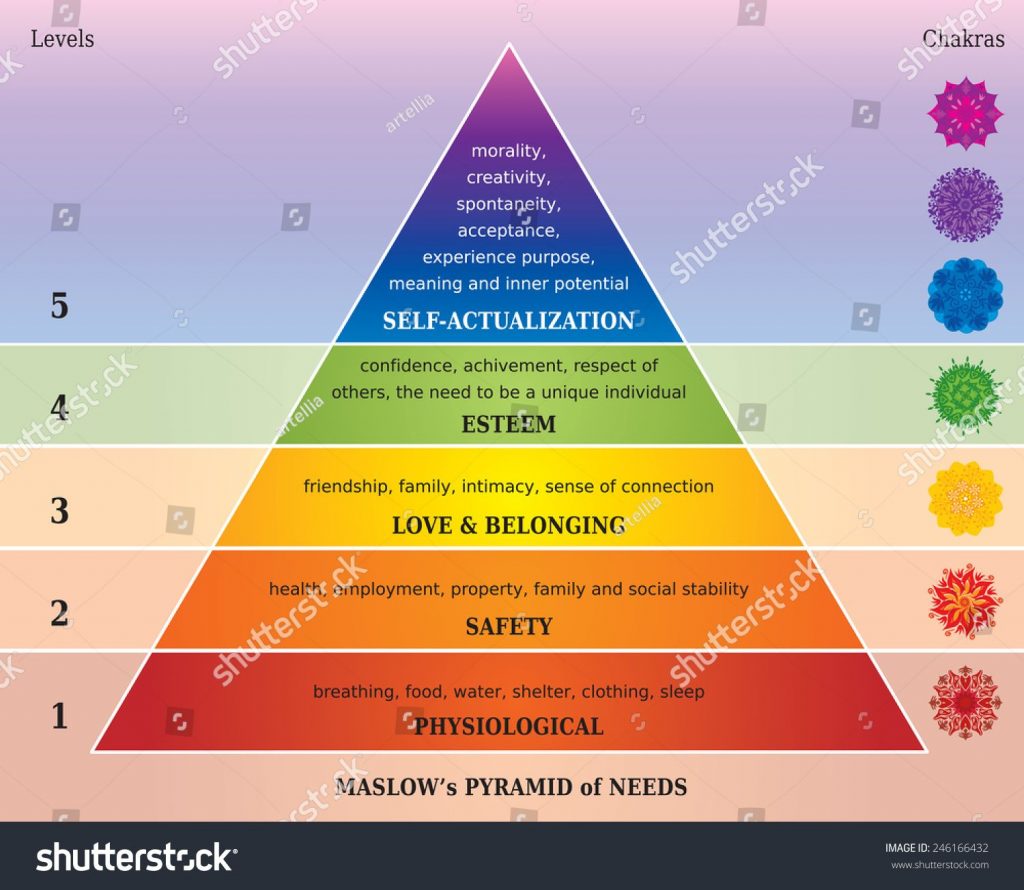 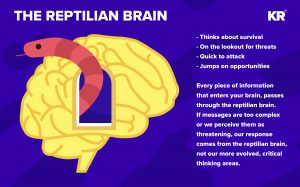 Any belief system is connected with survival. It’s our limbic, reptilian brain. We strive to pass on our genes to the next generation. Beside survival we have sub goals as well. For example, beliefs around sexuality and dating behaviour are meant to ensure the passing of an individual’s genes onto the next generation. Beliefs around effective decision-making, negotiation and business exist in order to help you achieve a certain status in the social hierarchy. Beliefs around dealing with things like uncertainty and anxiety exist in order to help you maintain mental health and so on and so forth. In other words, the sub-goals of your belief systems exist to ensure that you are capable of fulfilling certain needs that you have, whether that is related to fulfilling sexual desires, being secure, feeling loved, feeling a sense of belonging, or being able of developing your self-esteem. We can see clearly in Maslows triangle above , that the hierarchy of importance is clearly shown. Interestingly breathing is still number one on the triangle. Breath is life, without breath we cannot live.

So where did these sub goals come from? I am now going to challenge you on your belief system. When we were born we were No-thing and as Osho calls it had No-Mind. We had no ego. We had to develop ego in order to survive. Our beliefs and judgements are actually born out of slavery.  We need to understand the roots of slavery to understand where we are today.

Author Paul Leederteese has written the below. I have thrown this in to challenge your belief systems. Whether you agree or disagree, it’s all comes form our conditioning. 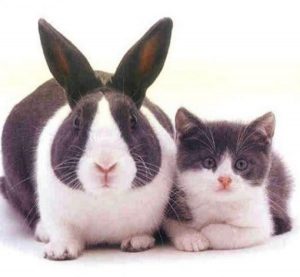 Conclusion
Expose yourself to a completely different kind of environment. Join a community that is very different from what you are used to. Move to another country. Take on a job in a completely different field than you were trained in. Read books about a topic that you normally would’ve never touched. This will make you more open minded and you will start to question everything you hear, think and speak.