Is mould/myotoxic exposure causing your illness?

Is mould/myotoxic exposure causing your illness?

Unfortunately, exposure to toxic mould from water damp buildings is very common and completely under-diagnosed. At least 50% of homes and 60% of commercial buildings have some kind of water/damp issue — this includes churches, schools, dorms as well as office buildings (and don’t forget your car).  With at least 20% of the population being susceptible to mycotoxin illness, it’s no wonder there’s an epidemic of chronic mystery illnesses occurring! 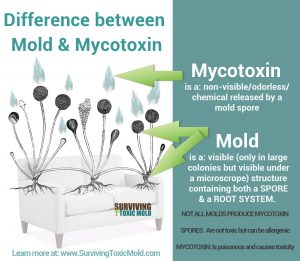 Mould can wreak havoc on our bodies and families, causing a whole host of health problems. Do you or a family member suffer with chronic headaches, allergies, asthma, brain fog, poor immune function, fatigue, low moods, sleep disorders, Alzheimer’s, dementia…?  The list of potential health conditions is staggering. Myotoxins cause major cytokine storms in the body. It’s always best to start with the basic foundations to keep the body optimal- clean food, clean air, clean water, less stress, optimal sleep and breathing patterns will create the foundations of your immune system. Our gut is responsible for our psychiatric plus psychosis. There is also numerous medical research linking candida, mould and cancer.

Mould and myotoxins can cause:

Mould toxicity is one of those triggers that most doctors don’t know much about. Pre-existing immune dysfunction is what creates the susceptible “terrain” for viruses and other infections to take hold. Add highly irritating, high-frequency EMFs to this toxic soup, triggering moulds to release mycotoxins, and no wonder we are having an epidemic of cytokine illnesses!

Research shows that low serotonin can cause mental issues. 90% of our neurotransmitters are in our intestines. The narrative we are given is that there is nothing we can do. It is impossible to help a system that cannot see beyond medical drugs. Of course, we need medicine, but the foundations and education of a healthy non-toxic body needs to be in place first. 80% of what we see on mainstream media is funded by pharmaceutical companies. Watch mainstream media long enough and you will be driven into fight/flight sympathetic nervous system. Always look for nutrition and lifestyle solutions first in order to take the toxic load off the body. 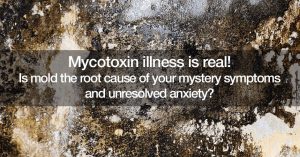 Any approach to eliminating parasite or fungal infection is short lived at best because a dirty body becomes a tired body, then a sick body. Fungi and parasites are nature’s cops designed for any living creature that is not holding up to mother nature’s standards (a sick body) and they thus decompose them. Fungi typically effect people with low vitality. The first signal that someone is moving away from mother nature is that they get tired, the second sign is that they usually get sick with a fungal and parasite infection. This leads to disease and death.

Minimising the risk of fungal and parasite infections goes in line with six foundation principles: 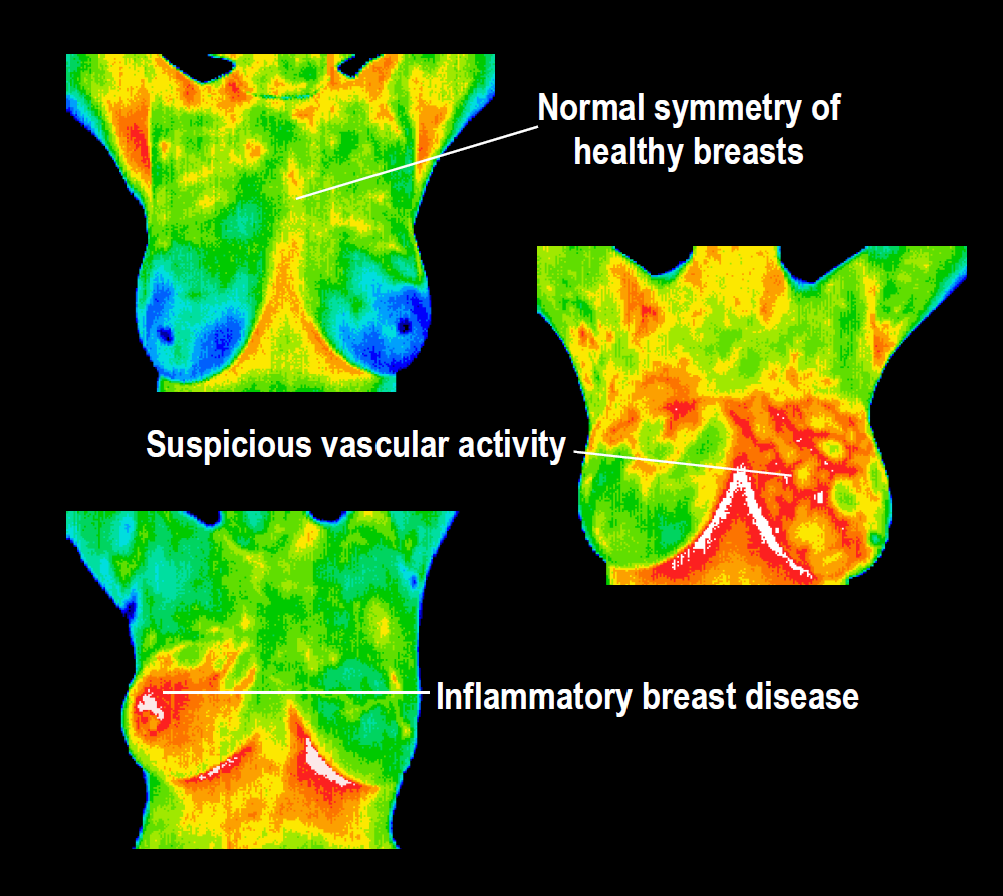 The breast scan above shows a normal female and an abnormal female with breast cancer. The area around the breasts in the normal thermogram is blue showing cooler areas. Also, the red areas are normal areas of heat in the body, which is under the arm pits.

The unhealthy breasts show that disease in the body produces heat. This is important, as when an organism starts to lose vitality, it gets hotter.  Also, the yellow is probably from increases blood supply to the cancerous growth.

The military use infrared to find and search for bodies. When people start to get sick their body temperature rises. This occurs to help increase the speed of immune antibodies. One study showed that for each degree that the temperature rises, the speed that the immune antibodies travel through the body doubles, they reach their maximum capacity to try and support the body at 103 degrees. This is an exact environment for invasive organisms such as parasites are looking for particularly infrared radiation.

When a person gets sick, they start to get cold. This is one of the reasons that people with hypothyroidism are in a deliberating state. Once the body can no longer rid itself of disease, the only option it has is for thyroid to slow the metabolism down in an attempt for the body to rid itself form what’s on the inside. The person exhibits lethargy and cannot PARTCIPATE IN ACTIVITIES DUE TO BODY DEPLETION.

Most of us will be walking around with a low level of immunity and will be constantly living on poor quality carbohydrates, caffeine and sugar until they become completely hypothyroid and the adrenals become exhausted. A hot body is nothing but a target for parasitic organisms and makes it attractive to fungi as well.