Immune disorders are on the rise

Home/Immune disorders are on the rise
Previous Next

Immune disorders are on the rise

According to AARDA ( Auto-immune disease statistics), there are presently 50 million Americans with an Autoimmune Disease.The British society of immunology tells us: Autoimmune conditions are a significant cause of ill health in the UK. 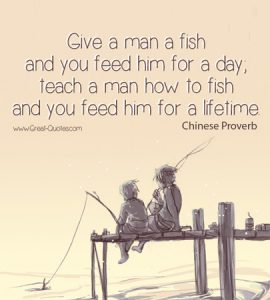 They say that “Treatment for autoimmune conditions typically involves managing the symptoms and controlling the autoimmune process whilst also attempting to maintain good immune function.”

Again everyone is taught to treat symptoms and no one has time to look at root cause. It’s really important for me never to fix clients but to empower them with the correct coaching and movement programme to heal and take responsibility for themselves.

If you feed a man fish he can only feed himself but teach him how to fish and he can feed the whole village.

No figure exists for the total number of people affected by the 80 or more identified autoimmune disorders, although estimates do exist for specific diseases:

• According to Diabetes UK, there are around 400,000 people in the UK with type 1 diabetes and this rate is growing at a rate of 3% per annum.4

• Rheumatoid arthritis affects roughly 700,000 people in the UK, according to the British Society for Rheumatology.5

Autoimmune disorders are a broad spectrum of disease that can affect any part of the body. More than 80 have been identified, a considerable number with similar symptoms. Inflammation is the classic sign of autoimmunity although how this impacts on an individual is determined by which part of the body is affected. Autoimmune disorders can be placed into two general types: those that are localized to specific organs or tissues (such as thyroiditis) or those that are systemic and damage many organs or tissues (such as systemic lupus erythematosus).

• Addison’s disease – this disease results from damage to
the outer layer of the adrenal gland (the adrenal cortex), of which autoimmunity is the most common cause. As a result of this damage, the adrenal gland does not produce enough steroid hormones (primary adrenal insufficiency), resulting in symptoms which include fatigue, muscle weakness, and a loss of appetite. This can be fatal if not recognized and treated, but treatment is relatively simple.

• Grave’s disease – affecting the thyroid, Grave’s disease is
one of the most common causes of hyperthyroidism. It results from the production of antibodies that mimic Thyroid Stimulating Hormone, which produces a false signal causing the thyroid gland to produce excess thyroid hormone. Symptoms including insomnia, tremor, and hyperactivity.

• Type 1 diabetes – diabetes mellitus type 1 is a consequence of the autoimmune destruction of cells in the pancreas which produce insulin. Insulin is essential to control blood sugar levels and if left uncontrolled the disease can lead to serious complications, such as damage to the nerves, heart disease, and problems with the retina. Without adequate treatment type, 1 diabetes would be fatal.

• Crohn’s disease – a type of inflammatory bowel disease (IBD), Crohn’s is a result of chronic inflammation of the lining of the gastrointestinal tract that can cause diarrhea, abdominal pain, and fatigue.

• Multiple sclerosis – a chronic condition that can cause significant disability, multiple sclerosis is a disease in which the electrically insulating layers of the nerves are destroyed, thus affecting signaling between the brain and other parts of the body.

• Lupus – systemic lupus erythematosus is a complex condition affecting many parts of the body, including the skin, joints, heart, lungs and nervous system. It occurs as a result of a widespread systemic autoimmune reaction and results in symptoms including fatigue, joint pain, and rashes.

• Scleroderma – in scleroderma the immune system attacks the connective tissue under the skin, resulting in a thickening of these tissues. In more severe forms it can affect blood circulation and internal organs. 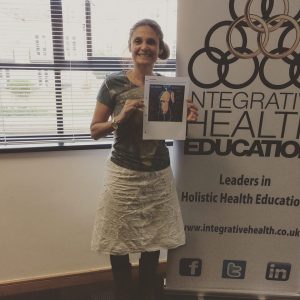 As more and more clients attend my studio I make sure I keep up to date so that I can help people beyond movement. I have recently completed Emma Lane (CHEK LEVEL 4, functional medicine & naturopath) course “Fully functional gut”. A disease takes 15-20 years to appear, the signs and symptoms are there before its whether we are in tune to pick them up. A CHEK practitioner works alongside your medical professional but looks at the body from all lenses as physical, mental and emotional human being.