“In all animals and humans, a single cell is the building block for constructing the body and and a self centred  template for the whole.” Surgeon Nial Galloway

As they multiply self self organising cells pack themselves together in tissues. Powerful forces are constantly at work multiplying one cell to become two, then two to become four, continuing on as the  cells squeeze against each other filling the spaces in the body. Living cells are constantly bursting out form with in making an architecture of bio-tensegrity, holding sway over its neighbours, and each cell participates  in a reciprocal dialogue of push and pull forces with both local and global reactions in different regions of the body, all while the nerves, hormones and other biochemical gradients send signal messages  to all of the cells at once. 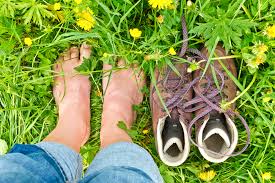 Now start to look at your feet and hands notice if they are identical or they are different on both sides? Structurally and developmentally, there are similarities between arms and legs and hands and feet. They are similar enough that a foot can lend a digit to an injured hand, transplanted by the surgeon , the big toe can substitute for a lost thumb. While not an exact match, it’s enough like a thumb to restore a functioning grip. 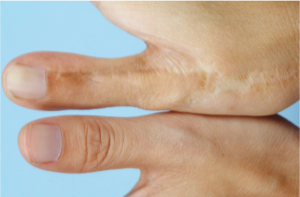 Patterns of growth and development are the same between the hands and feet because the body plan blueprint is the same for all limbs. Genetic signals direct a limb to grow . Studies have implicated foot posture and foot function as risk factors for lower extremity pain.

Have you heard of earthing?

Multi-disciplinary research has revealed that electrically conductive contact of the human body with the surface of the Earth (grounding or earthing) produces intriguing effects on physiology and health. Such effects relate to inflammation, immune responses, wound healing, and prevention and treatment of chronic inflammatory and autoimmune diseases.

This is why I am insistent of bare feet in yoga or toe socks. I also ask one to one clients and anyone particularly with cancer to get outside and feel the earth.The below references a medical paper which backs up the benefits of grounding. 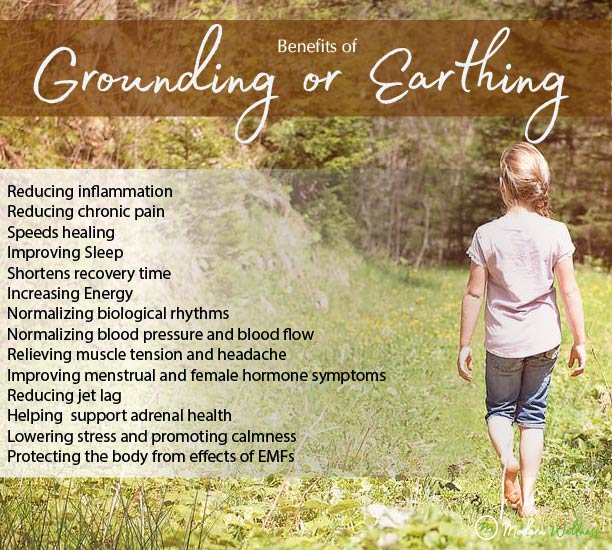 Grounding or earthing refers to direct skin contact with the surface of the Earth, such as with bare feet or hands, or with various grounding systems. Subjective reports that walking barefoot on the Earth enhances health and provides feelings of well-being can be found in the literature and practices of diverse cultures from around the world. For a variety of reasons, many individuals are reluctant to walk outside barefoot, unless they are on holiday at the beach. Experience and measurements show that sustained contact with the Earth yields sustained benefits.

Earthing experts Dr. Stephen Sinatra and Dr. James Oschman recruited three individuals suffering from chronic inflammation-related pain. They measured the subjects’ blood viscosity with a method called zeta potential, which is a measure of how quickly your red blood cells migrate in an electrical field.

While grounding, your zeta potential rapidly elevates, causing your red blood cells to develop more charge on their surface and distance themselves from each other. In turn, your blood viscosity improves. They used a darkfield microscope to capture their results (right).

The images on the left are before Earthing, and the ones on the right are 45 minutes after Earthing. The pictures demonstrate a significant thinning and decoupling of the blood cells. 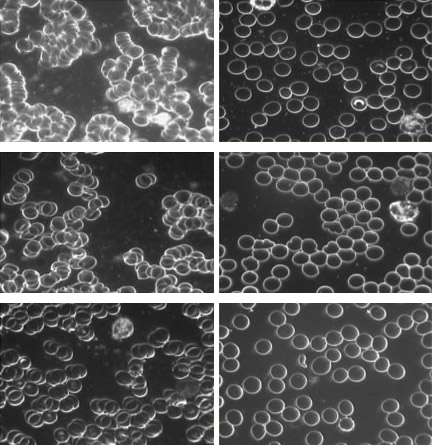 1.Notes: (A) Shows the open wound and a pale-gray hue to the skin. (B) Taken after one week of grounding or earthing treatments, shows a marked level of healing and improvement in circulation, as indicated by the skin color. (C) Taken after 2 weeks of earthing treatment, shows the wound healed over and the skin color looking dramatically healthier. Treatment consisted of a daily 30-minute grounding session with an electrode patch while patient was seated comfortably. The cause of the wound adjacent to the left ankle was a poorly fitted boot. A few hours after wearing the boot, a blister formed, and then developed into a resistant open wound. The patient had undergone various treatments at a specialized wound center with no improvement. Vascular imaging of her lower extremities revealed poor circulation. When first seen, she had a mild limp and was in pain. After an initial 30 minutes of exposure to grounding, the patient reported a noticeable decrease in pain. After 1 week of daily grounding, she said her pain level was about 80% less. At that time, she showed no evidence of a limp. At the end of 2 weeks, she said she was completely pain-free.

2.The Earth enables free electrons from the Earth’s surface to spread over and into the body, where they can have antioxidant effects. Specifically, we suggest that mobile electrons create an antioxidant microenvironment around the injury repair field, slowing or preventing reactive oxygen species (ROS) delivered by the oxidative burst from causing “collateral damage” to healthy tissue, and preventing or reducing the formation of the so-called “inflammatory barricade”. We also hypothesize that electrons from the Earth can prevent or resolve so-called “silent” or “smoldering” inflammation. If verified, these concepts may help us better understand and research the inflammatory response and wound healing, and develop new information on how the immune system functions in health and disease.

1.2.NCBI -‘The effects of grounding (earthing) on inflammation, the immune response, wound healing, and prevention and treatment of chronic inflammatory and autoimmune diseases’ –