Every cigarette contains half a teaspoon of sugar

Home/Every cigarette contains half a teaspoon of sugar
Previous Next

Every cigarette contains half a teaspoon of sugar

Talk to any smoker and they will usually agree that it’s not the best for their health. Then what is it and why is that some can give up and make change and others stay stuck in a rut. Did you know that every cigarette contains half a teaspoonful of sugar! That’s right. It’s the white processed sugar in cigarettes that’s prematurely ages and kills you. Smokers and diabetics are unaware of the sugar in smoke is undermining their health. Medical World News states the sugar in cigarettes is the main source of lung cancer. Manufactures add sugar, creating the sugar habit as well as the nicotine habit. 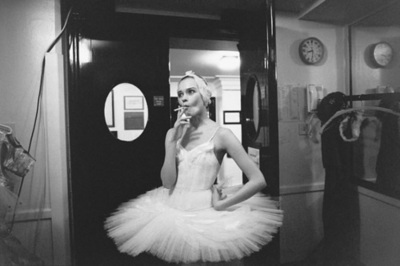 Having trained as a dancer and worked in show business, many artistes would regularly have a cigarette back stage or in the ‘Take five’ break. Whether it kept the weight off or calmed the nerves I now feel that it was the secret hidden sugar that my colleagues were addicted to rather than the tobacco itself.

As a movement practitioner and coach I want to give the best advice and results as possible to clients. Whether you’re a smoker or not every client wants to know “How long will it take me to …..”. In a nutshell if you don’t have good quality connective tissues it’s going to be very slow train crawl with reoccuring injury, pain and slow progression. By connective tissues, I mean everything from the skin, fascia, muscles, organs, bones, blood and plasma.

When a smoker tries to quit they may struggle. Suddenly the sugar isn’t there anymore, so they may crave sugary products. Resulting in weight gain. Ask the smoker to just smoke a tobacco leaf and they won’t like it, as it just does not contain enough synthetic substances plus sugar. 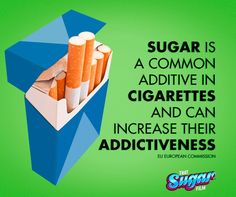 Cigarettes are the only product that doesn’t print it’s ingredients on the box! We have been deliberately misled to believe it’s only made of tar, nicotine and other toxic fillers. But they don’t tell you there’s half a teaspoon of processed sugar in each cigarette. 10-20% sugar is added to cigarettes. Up to 20% in cigars. 40% in pipe tobacco.

Deborah Arnott, director of Action on Smoking and Health, says adding white sugar is an attempt by the tobacco companies to replace the customers they kill each year. British American Tobacco confirmed that tobacco companies add sugar. Sweeteners mask the smell of smoke.

One of the mistakes smokers make when trying to quit is confusing sugar withdrawal with nicotine withdrawal. Most people actually experience sugar withdrawal, which can be very uncomfortable. Symptoms include irritability, headaches, shaking.

The six stages of action

In what ever we decide to do, their are six stages of action.

So if this is as simple as 1-6 why is it working for some and not for others? Well it actually comes back to the brain. If we think negative thoughts daily, it wont enable us to move forwards and move on.

The reason people can’t or won’t change is that they are stuck in their left brain. Our left brain is our logical, analogical side. Our right brain is our creative, intuitive and polarity of ourselves. We actually shift from left to right and vice versa throughout the day. One of the ways we can purposely shift is to do breathing exercises. When we are in moments of flight or fight any GP or medical practitioner will tell you to breathe.  Breathing when done properly is relaxing and calming. It is funny a smoker will not know this but when they smoke a shift happens to the right side of the brain producing a calming response.

This is not to say that everyone should go away and start smoking, This is to say that in order to connect more intutively with ourselves and inspire creativity and productivity and most importantly initiate change, more right brain activity is needed.

Right brain activity can be doing breathing or gentle pranayama exercises five minutes in the morning and five minutes at night. It can be doing some dance, I would recommend something freestyle like ‘Five Rhythms’. It can be doing exploratory art painting as the Indian master Osho taught. Just freestyling the paint rather that drawing a portrait as such.  Tai chi, Chi kung and other similar movements.

The effects of cigarettes on the brain 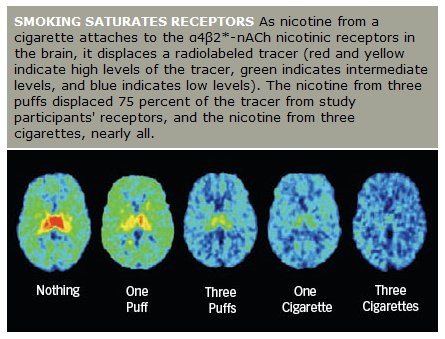 Similar to other addictive drugs like cocaine and heroin, nicotine increases levels of the neurotransmitter dopamine, which affects the brain pathways that control reward and pleasure. For many tobacco users, long-term brain changes induced by continued nicotine exposure result in addiction—a condition of compulsive drug seeking and use, even in the face of negative consequences. Studies suggest that additional compounds in tobacco smoke, such as acetaldehyde, may enhance nicotine’s effects on the brain.

If you are taking pain killers plus smoking this is double trouble on the central nervous system and the human body itself.