Connecting with the shadow self – Part 1

Home/Connecting with the shadow self – Part 1
Previous Next

Connecting with the shadow self – Part 1

How well do you actually know yourself? If you’re like most people, you probably have a decent idea about your own desires, values, beliefs, and opinions. You have a personal code that you choose to follow that dictates whether you are being a “good” person. If there is any one thing you can know in this universe, surely it is who you are. The shadow is a concept developed by Swiss psychiatrist Carl Jung that describes those aspects of the personality that we choose to reject and repress, for one reason or another. 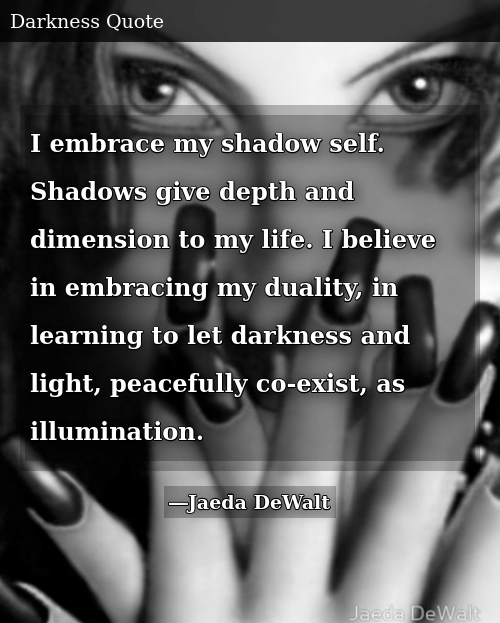 If you’re one of those people who generally loves who they are, you might be wondering whether this is true of you. “I don’t reject myself,” you might be thinking. “I love everything about me.”

Our conscious minds are where our ego personality dwells—the “I” that walks around every day talking to other people. When you think of who “you” are, this is the part of yourself you usually identify with. Much of that bulk consists of our repressed thoughts, memories, emotions, impulses, traits, and actions. Jung envisioned those rejected pieces coming together to form a large, unseen piece of our personality beneath our awareness, secretly controlling much of what we say, believe, and do. This secret piece of the personality is the shadow self. 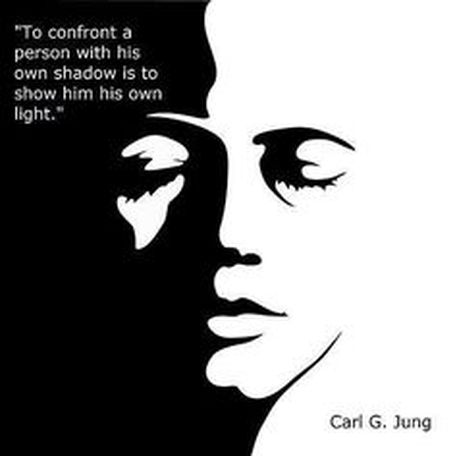 “Until you make the unconscious conscious, it will direct your life and you will call it fate.”— Carl Jung

But what if you’re wrong?

“The shadow is a moral problem that challenges the whole ego-personality, for no one can become conscious of the shadow without considerable moral effort. To become conscious of it involves recognizing the dark aspects of the personality as present and real. This act is the essential condition for any kind of self-knowledge.” Carl Jung 1951

However, the problem is that you’re not necessarily aware of those parts of your personality that you reject. According to Jung’s theory, we distance ourselves psychologically from those behaviors, emotions, and thoughts that we find dangerous. Rather than confront something that we don’t like, our mind pretends it does not exist. Aggressive impulses, taboo mental images, shameful experiences, immoral urges, fears, irrational wishes, unacceptable sexual desires—these are a few examples of shadow aspects, things people contain but do not admit to themselves that they contain.

Here are a few examples of common shadow behaviors:

You may have caught yourself doing this once or twice when you pointed out to a friend how “ridiculous” someone else’s outfit looked. Deep down, you would hate to be singled out this way, so doing it to another reassures you that you’re smart enough not to take the same risks as the other person. We love calling out unsightly qualities in others—in fact, the entire celebrity gossip industry is built on this fundamental human tendency.

The internet is notorious for hosting this. Scan any comments section and you’ll find an abundance of trolls calling the author and other commenters “stupid,” “moron,” “idiot,” “untalented,” “brainwashed,” and so on. Ironically, internet trolls are some of the most insecure people of all. Seeing in others what we won’t admit also lies within what Jung calls “projection.” Although our conscious minds are avoiding our own flaws, they still want to deal with them on a deeper level, so we magnify those flaws in others. First we reject, then we project. One way that we all experience this dichotomy of rejection and projection, for example, is when we have a hard time admitting that we’re wrong.

People are quick to choose an attitude with people who don’t have the power to fight back. Exercising power over another is the shadow’s way of compensating for one’s own feelings of helplessness in the face of greater force.

Rather than admit wrongdoing, people go to amazing lengths to paint themselves as the poor, innocent bystander who never has to take responsibility.

People often celebrate their own greatness without acknowledging times that they may have cheated others to get to their success. You can see this happen on the micro level as people vie for position in checkout lines and cut each other off in traffic. On the macro level, corporations rig policy in their favor to gain tax cuts at the expense of others.

People form assumptions about others based on their appearance all the time—in fact, it’s a pretty natural (and often useful—e.g. noticing signs of a dangerous person) thing to do. However, we can easily take this too far, veering into toxic prejudice. But with so much social pressure to eradicate prejudice, people often find it easier to “pretend” that they’re not racist/homophobic/xenophobic/sexist, etc., than to do the deep work it would take to override or offset particularly destructive stereotypes they may be harboring.

Some people think they’re so “enlightened” that they can do no wrong. They construe everything they do as an effort to “save” others—to help them “see the light,” so to speak. This is actually an example of spiritual bypassing, yet another manifestation of the shadow.