Home/Breathing Part 3 – The 4 Diaphragms
Previous Next

Have you heard the term ‘The three diaphragms?’ Well we actually have four main ones in total – the cranial, cervical, thoracic, and the pelvic diaphragm. I have actually seen literature talking about five, six, seven and eight diaphragms.They come together in all movement particularly on inhalation and exhalation when the pressure is transmitted through all four providing stability and strength throughout the body. “The diaphragm muscle should not be seen as a segment but as part of a body system. This muscle is an important crossroads of information for the entire body, from the trigeminal system to the pelvic floor, passing from thoracic diaphragm to the floor of the mouth: the network of breath. Viola Frymann first spoke of the treatment of three diaphragms, and more recently four diaphragms have been discussed. Current scientific knowledge has led to discussion of the manual treatment of five diaphragms. This article highlights the anatomic connections and fascial and neurologic aspects of the diaphragm muscle, with four other structures considered as diaphragms: that is, the five diaphragms. The logic of the manual treatment proposed here is based on a concept and diagnostic work that should be the basis for any area of the body: The patient never just has a localized symptom but rather a system that adapts to a question.” 1 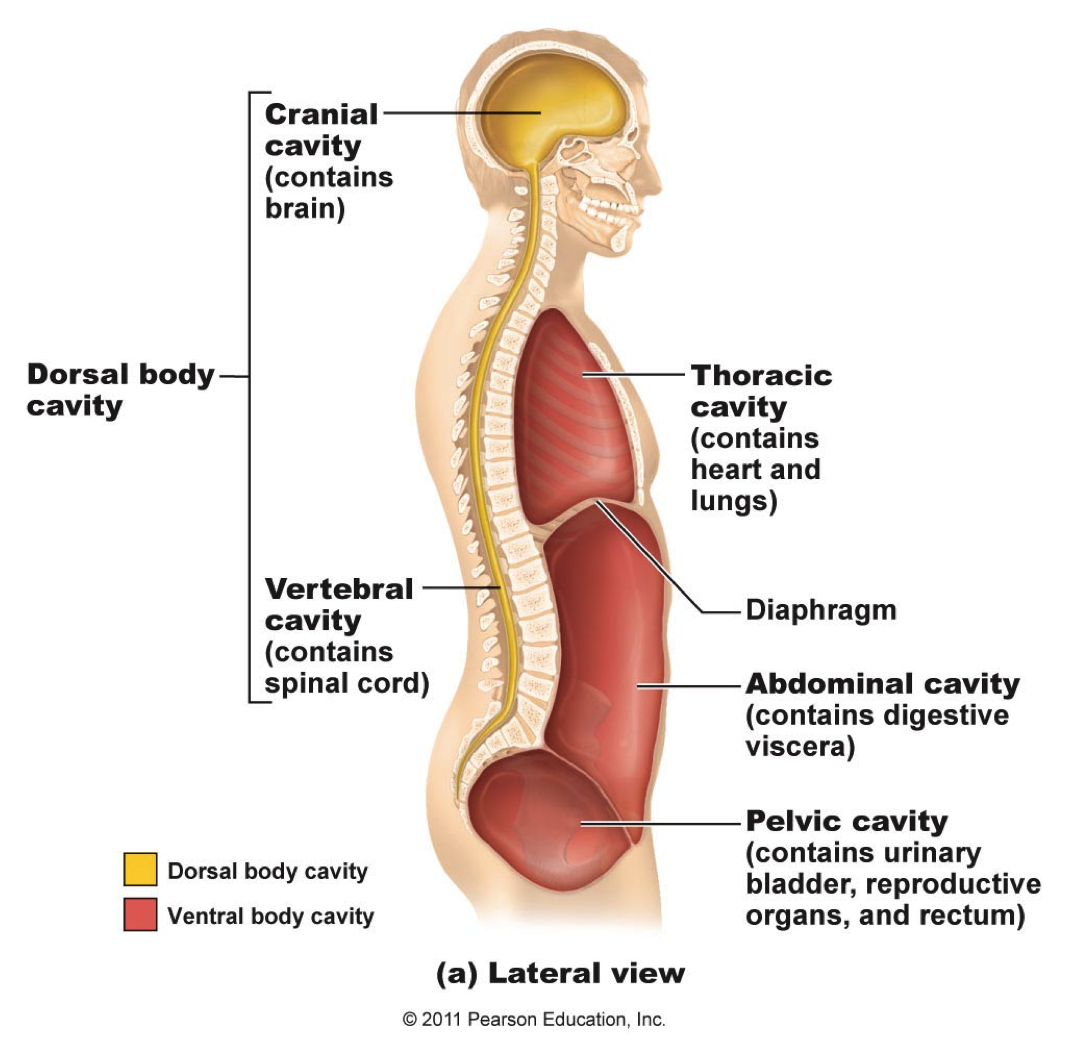 It is well documented in Osteopathic studies that the central nervous system (CNS) has a certain “rhythmical motion” to it.  In other words, it has life and actually pulsates as a means to mobilize Cerebral Spinal Fluid (CSF). 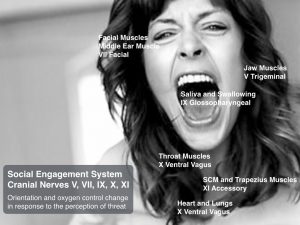 This rhythmical movement is said to be intimately linked to cardiac rhythm and is profoundly affected by breathing patterns.  The cranial diaphragm is composed of differentiated connective tissues in the skull called the Falx Cerebrii and the Tentorum Cerebelli. This diaphragm is responsible for maintaining the pressures in the cranium and controls the flow of cerebral spinal fluid through the ventricles.

The cervical diaphragm is composed of the tongue, the muscles of the hyoid bone, and scalene muscles. This diaphragm controls the pressures between the cervical spine and the cranium. –

Breathing practices such as kaplabhati, Bhastrika and Pilates 100 staccato breath pull the vocal chords apart to create a larger passage for movement. Whispered speech also known as ujjayi, “the victorious breath” calls for long deep slow breaths. The glottis will be partially closed with a small opening at the back of the chords. For chanting the chords are pulled closer together into a phonation position. The air then vibrates and creates sound. The pitch and to some extent, length of the sound, is determined by how much tension is used to hold the chords together.

The most common and well-known diaphragm, which separates the thoracic cage from the abdomen. This diaphragm controls the pressures between the thorax and the abdomen. The diaphragm is the major respiratory muscle of the body.

The torso consists of two cavities, the thoracic and the abdominal. Theses cavities share some properties, and they have an important distinction as well as  containing organs. The thoracic houses the heart and lungs, and the abdominals house the stomach, liver, gall bladder, spleen, liver, kidneys. 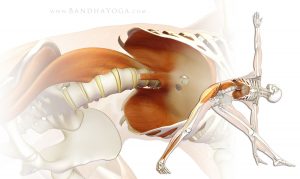 Both share the diaphragms by the abdominals having it as a roof and the thoracic area having it as the floor thoracic cavity. They also both open at one end to an external environment and both mould and change shape via movement and breath. However there is an important structural difference in how they do so.

The abdominal cavity is a fluid flexible sac like structure like that of a balloon. When you squeeze one end the pressure or bulge increases in another area and vice versa This is because fluid is non compressible. Also, in processes other than breathing when we eat or drink a big meal, the volume will expand as a result of the expanded organs stomach, intestines and bladder. Ask yourself do you think it’s wise to restrict the movement of organs by over contracting when its your moon cycle? If you have inflammation of the gut?, distended organs or over holding plank? 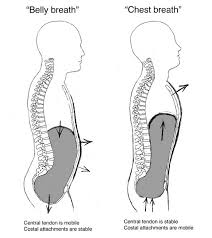 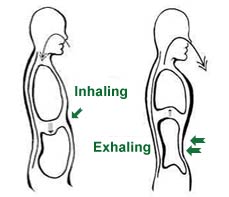 Any increase in abdominal pressure will result in a decrease in the thoracic. This is why it’s harder to breathe after a big meal, when pregnant or before a bowel movement. We talk about three-dimensional breathing in both Yoga and Pilates and emphasize diaphragmatic breathing in Pilates.”The diaphragm is thought to contribute to postural control of the trunk through elevation of the intra-abdominal pressure”. (Farfan, 1973; Grillner et al. 1978; Daggfeldt & Thorstensson, 1997).2

Found on the pelvic floor, it links the sacrum to the pelvis and is essentially a large “sheet” of specific muscles.  This diaphragm controls the pressures between the pelvis and the abdomen.

The fourth diaphragm is mula bandha, the lifting action of the pelvic floor,  is responsible for lifting up (apana) and is connected to the facial chain of the deep abdominal wall. If we inhale while Mula Banda is switched on this requires a release of the attachments of the upper abdominal wall, which permits the diaphragm to lift the base of diaphragm and is called Uddiyana Banda (which means flying upward).

Try it on a Pilates roll down; the normal way is to exhale as we go towards the fetal position. Now try it on the first part of a sun salutation so inhale down to uttanasana and exhale to ardha uttanasan and feel the difference. We also have additional effects when we use our arms and bodies in Sun salutations.  “Activation of the diaphragm occurs as a component of the postural response to single rapid upper limb movements in humans (Hodges et al. 1997). Postural responses of this type are thought to counteract the challenge to postural stability caused by reactive forces from the limb movement.” (e.g. Bouisset & Zattara, 1981; Friedli et al. 1984)3

The gateway to the respiratory passage is through the glottis, which is not a structure but the space between the chords. The glottis is restful and not restricted in more restorative practices in yoga and sleeping.

In addition to giving more length and texture to the breath, the valve or ujjaiyi creates a kind of force/back pressure throughout the thoracic and abdominals thus protecting the spine in such movements as sun salutations and hip flexion. Did you know that adults breathe 21,600 breaths per day? Fascia will respond to its loading history from our stress and strengths. It has taken many years to develop patterns in our body and so it will take time to develop new patterns and master the art of breathing. After all many yogis spend a life time just doing this. 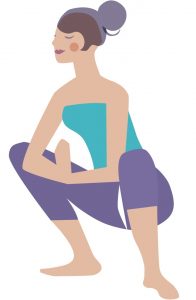 Now you understand the four diaphragms think of the breath going into every cell of the body, a full 360 degrees. The breath should move as motion and rhythm echoing and transmitting though all the facial layers of the body. Think of how a baby starts in the womb and adds cavities and layers as it grows bigger and bigger developing as a whole.

Three Diaphragms and Their Uses in Yoga Practice