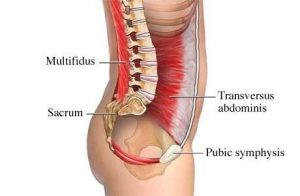 The diaphragm sits underneath the ribcage, with some dorsal attachments further down the spine and is stabilized by the quadratus laburum. The traditional anatomical view is fine, but from a fascia point of view it is a facial continuity with the transversus abdominus, overlying the deep fascia of the viscera, the parietal peritononeaum. Looping back it creates structure that links up as far down as the pelvic floor.

From a yogic point of view we know the diaphragm as the base or floor of the heart. The fibrous pericardium containing the heart is again a bag of fascia that is in continuity with the diaphragm and therefore an integral part of it. As we breathe in and out, organs such as the liver that are attached get massaged 20 thousand times a day. 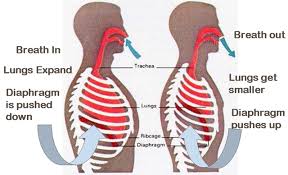 During normal inspiration, contraction of the diaphragm lowers  down and thereby increases the volume of the thorax, and lungs. The increase in volume results in a decrease of pressure inside the lungs, that causes air to enter from an outside environment.

On the other hand contracting the abdominal muscles can cause the abdomen to maintain its shape and resist lowering of the diaphragm.

The pulling forward and over tensioning of the abdominal muscles, as seen in six packs in media marketing today, restricts the breath and brings us into flexion. This is why I am careful about cueing too much ‘bandha’ for long periods of time and ‘navel to spine’ in Pilates. I use the GYROTONIC and Iyengar principle that is narrowing of the pelvis/ femur heads, which becomes an automatic pre-requisite to movement causing a subtle chain reaction in the upper and lower extremity. This does not cause strain or over firing of accessory muscles, fascial areas and allows freedom of movement. 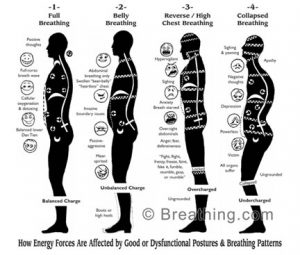 The simple element of muscular function is rarely considered enough by professionals today. Breath is the very essence of life that drives all other functions of the body. We can’t do without breathing, but we can do it badly for a long time.

Poor or dysfunctional breathing in turn leads to a whole host of other problems including: 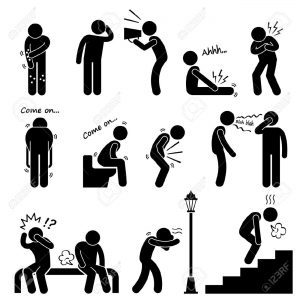 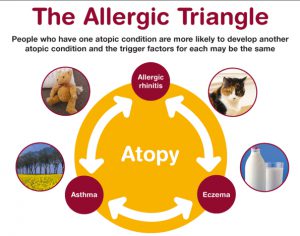 If you are an asthma, hayfever or eczema sufferer consider the respiratory system and how you can help it best with your food choices. Anyone who has been to see me privately will know that I emphasize raw milk when possible and sticking clear of cows milk particularly if its pasteurized and homogenized.

Cows milk is designed to feed baby cows and once it has been interfered with through pasteurization and homogenization it will not sustain a baby cow and takes away most of the benefit to the human digestive system. 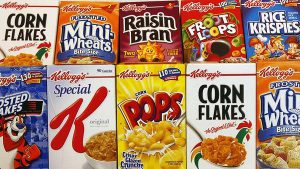 Next time you have your cereal in the morning observe you’re mucous. The mucous is a potential issue for respiratory problems as well as lactose intolerant, which is prevalent in most humans.

It is now medically proven that respiratory problems are linked with the gut/intestines. A good naturopathic doctor should be able to restore your gut flora and thus help with your breathing.

‘Data were controlled for breathing frequency. Results indicate that (1) ATB was effective in regulating aversive emotions. (2) Left dorso-medial prefrontal cortex was associated with ATB in general. (3) A fronto-parietal network was additionally recruited during emotional stimulation. (4) ATB down regulated amygdala activation and increased amygdala-prefrontal integration, with such increased integration being associated with mindfulness ability.