Are you running on empty?

When I was training in dance over 25 years ago, I remember the symptoms associated with adrenal gland fatigue particularly in performers, yet it was never recognised. Dancers would train for shows or exams and often fall ill and the understudy would step in at the last minute. This is still seen today in artists and performers and has now become more mainstream to every day Joe Bloggs.  However is it just exhaustion or is it something else? I have seen it so much in both professional and amateur sport, in fellow movement and manual therapists as well as clients. 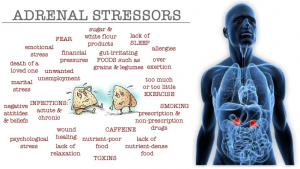 Most common GP visits are related to exhaustion, poor energy, low mood and restless sleep. Patients are often examined and subsequent investigations come back normal, yet their symptoms persist and affect their daily lives. Adrenal fatigue is a major cause of tiredness and lack of energy, but it is a condition unrecognised and not taught to most conventional doctors, depite being recognised by the world health organization in 2010. Adrenal gland fatigue was discovered by Dr. James Wilson, co-founder of the Canadian college of naturopathic medicine in 1998, who believed that 2/3 of North Americans were suffering from it. He called it 21st century syndrome and noticed patients had similar symptoms of tiredness, trouble getting up in the morning, reliance on coffee, colas or sweet snacks, feeling run down and stressed out.

34 year old Jenny was constantly exhausted . When the alarm went off each morning, she would despair and snooze it 3-4 times. She was subsequently late for work and everywhere else , often rushing and having no time for breakfast, leaving the house with a giant flask of coffee. The bags under her eyes were getting bigger and her skin was sallow. She would power through her work, swigging coffee, and by mid-morning she was starving . 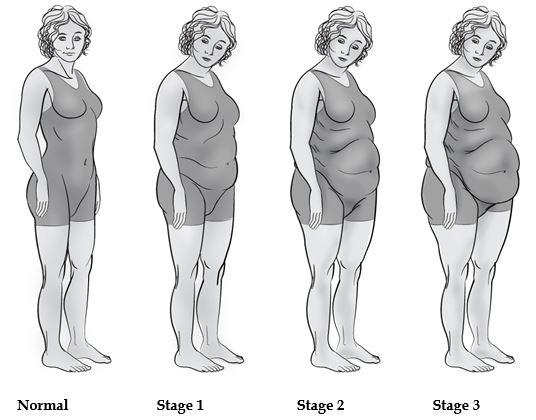 Seeing she had not had breakfast she would treat herself to a large baguette for lunch with crisps and chocolate. After a short high she would crash again and grab more coffee and fizzy drinks. She would feel like she was wading through treacle all afternoon and would drive home counting the hours till sleep. Back at home she would be too tired to do anything and watch mindless TV and mess with the phone on social media. However by the time bed time came she was more alert than she had been all day tossing and turning and eventually falling asleep by 2 am . The whole cycle would start again the next day. When a chance of the weekend of a lie in came Jane would sleep to catch up . The viscious cycle would start again on a Monday morning.

The mistake that most people make is that they then try and do more on top of their schedule particularly at night after work. They are desperately trying to lose weight or get fit so will seek more stressful Type A exercise systems like bootcamp, cross fit, hit, insanity, spinning, power yoga, ashtanga yoga, hot yoga, power pilates, running, bootcamp reformer and the list goes on. Remember stress is stress at a cellular level and the body cannot tell the difference between a divorce and Type A exercise or movement system. In reality most people should be doing more yin which is anabolic and repair type movements, nurturing their body with things like Tai chi, Chi kung, Feldenkrais, somatic, gentler forms of yoga and pilates.  This is why if you come to me I will say: “I am here to train, not here to drain”. My days of beasting clients are far behind me and we move slowly, responsively and more mindfully. Clients and fellow colleagues have tried to persuade me to look for more ‘work out’ elements in the work I teach but this is certainly not the right philosophy. As Paul Chek would say: “Sometimes you gotta work in before you work out”. 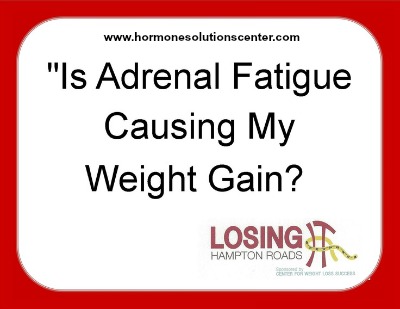 This  exactly sums up adrenal fatigue and what it feels like. They are two small walnuts so to speak that sit on top of our kidneys. They affect every system in the body and respond to stress, maintaining energy, regulating the immune system and our heart rate. They also maintain levels of minerals and keep blood sugar, fluid levels and blood pressure wit in a certain level. They produce adrenaline the so called fight or flight hormone which helps the body to deal with acute stress. This is the hormone that gives us super human strength that enables us to lift a car off a baby or the energy to run away from an attacker. The adrenal gland manufactures over 30 different steroids including cortisol, DHEA and cortisone which help control fats, proteins, carbs, regulate insulin levels, reduce inflammation and influence the immune system.

When adrenal glands are healthy, they secrete precise amounts of steroid hormones. However too much physical,emotional, enviromental or psychological stress causes inbalances in their function. This can result in the adrenals not coping with the stress brought upon them. Symptoms include tiredness, low energy, cravings, insomnia, irratabiity, anxiety and poor concentration. Many adrenal sufferers rely on stimulants such as sugar and caffeine to keep them going as they feel so fatigues in the day, and then other stimulants like alchohol such like things to wind down at night. There can be so many causes of adrenal fatigue such as work pressures, emotional traumas, relationship strain, chronic illness, infections, surgery, pain , grief, financial difficulty, lack of sleep or depression and anxiety. 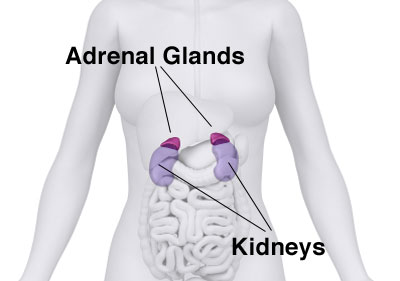 If you answered yes to a lot of these, you could be suffering. There are both blood and saliva tests that you can take to measure the DHEA and cortisol however whether your result is a negative or positive only lifestyle changes will alter your situation. Conventional mainstream medicine does not recognise adrenal fatigue and doctors are not taught about in medical school.

You have heard me cue in class T12 and T11, now look at the relationship of the kidneys to this area. 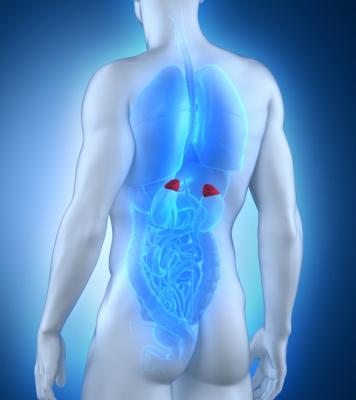 As previously mentioned there is no scientific evidence in support of a diagnosis of adrenal fatigue, however the salivary tests do indicate abnormal cortisol secretion when tested. It is a real phenomenon? Other symptoms of inbalance are cushing syndrome (too much cortisol) and addisons disease (too little cortisol, aldosterone/or sex hormones).

Think you have this and need some help and advice? Drop me an email for your free phone consultation today.